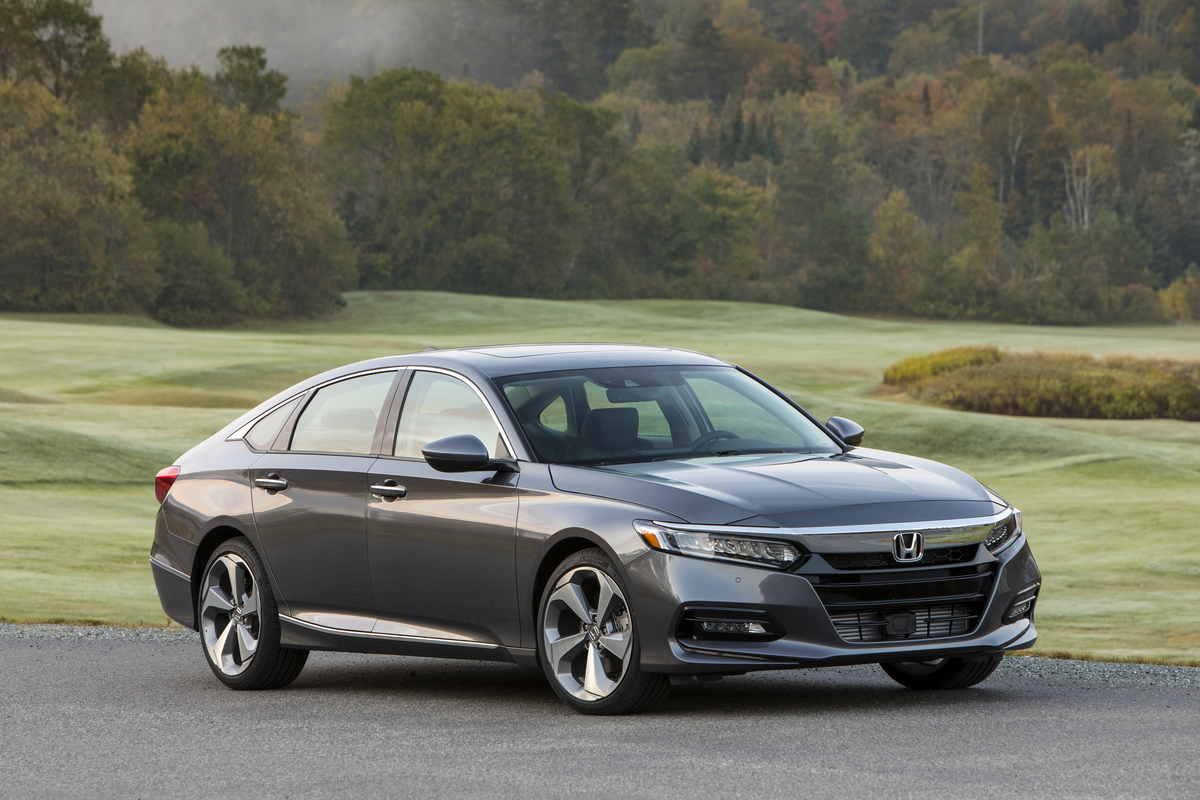 TORRANCE, Calif.– The all-new 2018 Honda Accord, the 10th generation of America's most popular car, has earned the prestigious 2018 North American Car of the Year award. Accord's win marks the third consecutive year that a Honda model has received top honors from the North American jury of automotive journalists, with the Honda Civic and Honda Ridgeline winning the car and truck awards in 2016 and 2017, respectively.
"Honda took a clean-sheet approach to reinventing America's most popular car, and we couldn't be prouder to receive this honor for Accord as the North American Car of the Year," said Henio Arcangeli, Jr., senior vice president of the Automobile Division and general manager of Honda Sales, American Honda Motor Co., Inc. "We're especially proud for the production associates in Ohio where Accord has been built to the highest quality standards for over 35 years.1"
The North American Car, Utility and Truck of the Year awards honor excellence in innovation, design, safety features, performance, technology, driver satisfaction and value. Initiated in 1994, they are judged by 60 professional automotive journalists from the United States and Canada who work for independent magazines, television, radio, newspapers and industry websites.
Completely redesigned from the ground-up, the all-new Accord features a lighter and more rigid body structure, an advanced new chassis design wrapped in a more sophisticated, sleek and athletic design with top class interior space and comfort. The drivetrain options include two all-new, high-torque VTEC® Turbo engines, the world's first 10-speed automatic transmission for a front-drive car and a new generation of Honda's two-motor hybrid technology. The Accord also includes a host of new safety, driver-assistive and connected-car technologies.
About the Honda Accord
Over 10 generations and 41 years, American car buyers have made Accord the best-selling car in America, purchasing more than 13 million Accords. Accord was the first model from a Japanese automaker to be made in America, beginning in November 1982 in Marysville, Ohio, with cumulative U.S. production of Accord exceeding 11 million vehicles over more than 35 years. Accord also is an unprecedented 32-time recipient of Car and Driver magazine's coveted 10Best award.
About Honda
Honda offers a full line of reliable, fuel-efficient and fun-to-drive vehicles with advanced safety technologies sold through over 1,000 independent U.S. Honda dealers. The Honda lineup includes the Fit, Civic, Accord and Clarity series passenger cars, along with the HR-V, CR-V and Pilot sport/utility vehicles, the Ridgeline pickup and the Odyssey minivan.
Honda has been producing automobiles in America for 36 years and currently operates 19 major manufacturing facilities in North America. In 2017, more than 93% of all Honda and Acura vehicles sold in the U.S. were made in North America, using domestic and globally sourced parts.
For More Information
Consumer information about the 2018 Accord is available at automobiles.honda.com/accord-sedan. To join the Accord community on Facebook, visit facebook.com/hondaaccord. Additional media information including detailed pricing features and high-resolution photography of the 2018 Honda Accord is available at hondanews.com/honda-automobiles/channels/accord.