Aug 16, 2018 Odyssey is the only tested minivan to earn a IIHS “GOOD” rating for both the driver and passenger sides in IIHS’... 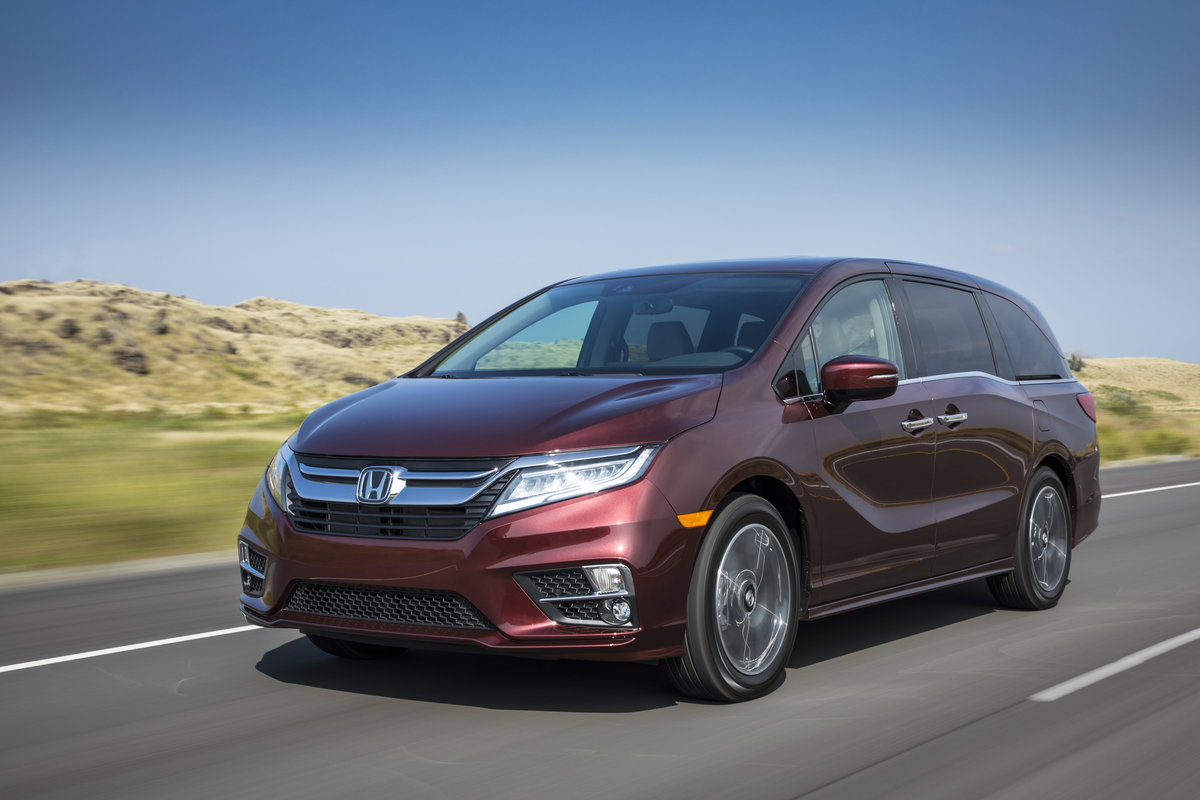 The 2019 Honda Odyssey leads all tested minivans in recent ratings by the Insurance Institute for Highway Safety (IIHS), including being the only minivan to achieve a "GOOD" rating for both the driver and passenger sides in IIHS' strenuous Small Overlap Front Crash Test. In addition, the institute recognized Odyssey with its top rating of "GOOD+" in its testing of Lower Anchors and Tethers for Children (LATCH) to determine the relative ease to safely install child safety seats in a vehicle. No other tested minivan earned above an "ACCEPTABLE" rating from IIHS in LATCH testing.
Odyssey qualifies as a 2018 IIHS TOP SAFETY PICK when equipped with available Honda Sensing® and LED headlights. Honda Sensing is now standard on EX and above trims, accounting for 99 percent of 2019 Odyssey sales.1
"Minivan buyers list safety as one of their greatest purchase considerations, and the Odyssey continues to be a top performer in independent safety ratings, further distancing itself from segment competitors," said Ray Mikiciuk, assistant vice president of Honda Automobile Sales. "If you're in the market for a minivan and you care about safety, there is simply no better choice than the Honda Odyssey."
A small overlap crash occurs when just the front corner of the vehicle strikes another vehicle or an object such as a tree or utility pole. IIHS began rating vehicles for occupant protection in a driver-side small overlap front crash in 2012 and added the passenger-side test in 2017 to make sure occupants on both sides of the vehicle get equal protection.
LATCH is a system of attachment hardware for child restraints that is intended to simplify installation. Child restraints installed with LATCH are more likely to be put in correctly than restraints installed using the vehicle safety belt, IIHS research has shown.
According to IIHS, even with LATCH, installation errors are common. The Institute's LATCH ratings are based on key ease-of-use criteria that have been shown to minimize mistakes in installing lower attachment straps and top tethers. The top tether keeps the child seat from pitching forward in a crash, and all forward-facing restraints need them.
Among 2018-19 minivans evaluated, the Odyssey was the only one to earn a "GOOD+" rating for LATCH ease of use. The "GOOD+" rating is for vehicles that meet the criteria for a "GOOD" rating and provide additional seating positions with easy-to- use LATCH hardware. The eight-passener 2019 Odyssey offers five LATCH-equipped seating positions, three in the second row and two in the third row.
1 American Honda Sales Data