National competition celebrates academic achievements of America’s HBCUs Students from 48 HBCUs will travel to California and compete at the National Championship Tournament in... 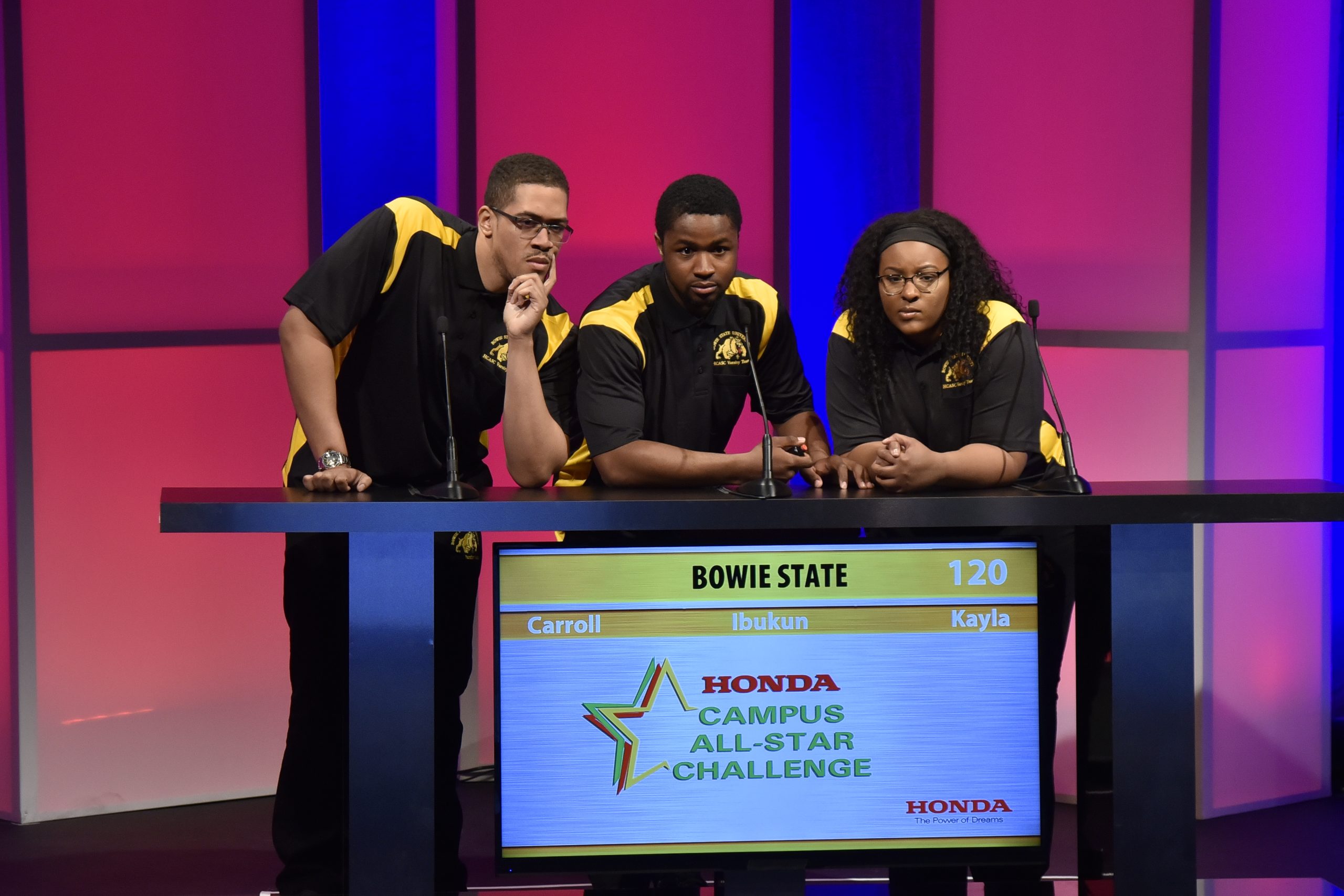 TORRANCE, Calif., March 21, 2018 – Top students from 48 Historically Black Colleges and Universities (HBCUs) will go head-to-head in the 29th annual Honda Campus All-Star Challenge (HCASC) National Championship Tournament, America’s premier academic competition for HBCUs. In addition to the championship title, teams will compete to win a share of more than $350,000 in institutional grants from Honda. The HCASC National Championship playoffs will be held at 12 p.m. EDT on April 10 at the American Honda Motor Co., Inc. campus in Torrance, California. To watch the livestream of the academic competition, visit HCASC.com.
Honda Campus All-Star Challenge is a year-round program that centers on community service, leadership, networking opportunities and mentorship. It includes campus engagement, qualifying tournaments and culminates with the National Championship held in California. The fast-paced competition highlights students’ academic prowess and ability to answer questions about history, science, literature, religion, the arts and pop culture. As a result, students expand their scope of knowledge; learn teamwork and sportsmanship; and develop a bond with their fellow competitors. HCASC’s alumni group also supports students with networking and mentorship opportunities post-graduation. See the “Great 48” list of qualifying HBCUs that will compete in this year’s HCASC National Championship Tournament.
“Honda congratulates the ‘Great 48,’ a group that represents some of the brightest HBCU students across the country,” said Steve Morikawa, vice president, Corporate Relations and Social Responsibility, American Honda Motor Co., Inc. “Beyond the impressive academic competition, Honda Campus All-Star Challenge has fostered a network of ‘friends for life’ that champions students as they pursue their professional dreams. We look forward to hosting an exciting HCASC National Championship Tournament in April.”
In 1989, Honda established HCASC to highlight and recognize the academic achievements of HBCU students. More than $8.5 million in grants from Honda have provided support for scholarships, facility upgrades and other investments to improve the student experience.
Fostering ‘Friends for Life’ Through Academic Competition
Over its 29-year history, the Honda Campus All-Star Challenge has built a network of more than 125,000 HCASC alumni. With an impressive roster of engineers, lawyers, doctors and professors, the program provides students with access to leadership and professional networking opportunities. Each year, Honda Campus All-Star Challenge honors outstanding former competitors who have succeeded in their chosen career and life paths and who have made significant contributions after their game playing days, by inducting them into the HCASC Alumni Hall of Fame. Dedicated to continuing the program’s legacy, HCASC Hall of Fame alumni become mentors for the current generation of student competitors.
“HCASC helped me learn the importance of teamwork,” said HCASC Alumni Hall of Fame honoree and North Carolina A&T State University alumnus, Matthew Barnhill. “I stay engaged with the HCASC program to give back to the HBCU community because it energizes me and keeps me in touch with the latest and greatest from our HBCUs. It’s amazing to see the next generation of civic and academic leaders grow and blossom.”
The 2018 Honda Campus All-Star Challenge finals will be live-streamed on April 10 starting at 12 p.m. EDT at HCASC.com. To send messages of encouragement and support for the 48 HBCUs, visit the HCASC Facebook, Twitter and Instagram pages and include #HCASC.

About Honda and Historically Black Colleges and Universities (HBCUs)
Honda has supported and celebrated America's HBCUs for more than 25 years. Since 1989, Honda Campus All‐Star Challenge (HCASC), one of Honda's largest and longest running philanthropic initiatives in the United States, has impacted the lives of academic superstars from across the country. Since 2003, Honda Battle of the Bands (HBOB) has provided eight top HBCU marching bands with a once‐in‐a‐lifetime opportunity to deliver a dynamic performance on a national stage. Both HCASC and HBOB enable HBCUs to earn grants and positive attention for their respective institutions. Through programs like HCASC and HBOB, Honda has been able to touch the lives of more than 170,000 students and award $12 million in grants in support of education programs.