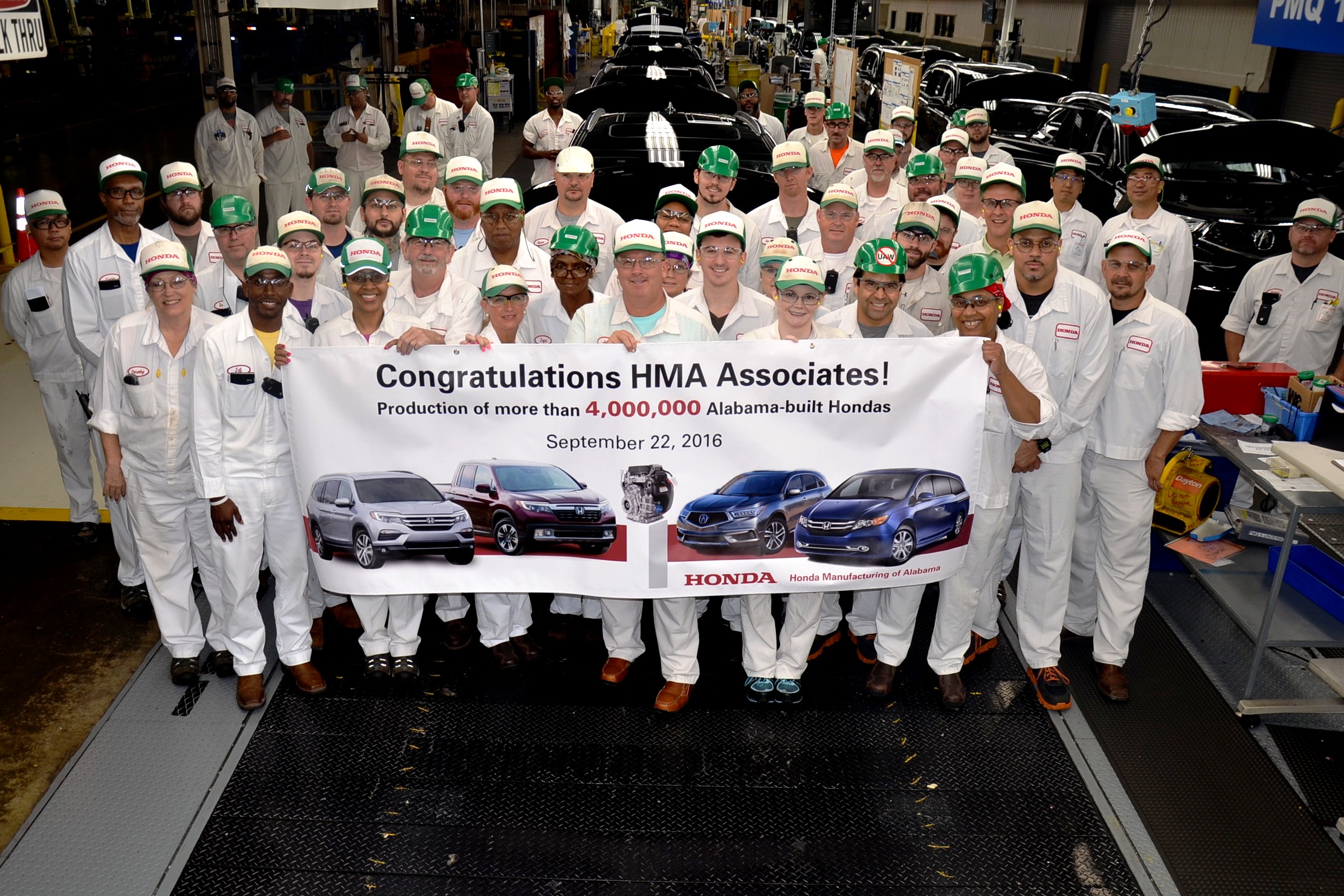 LINCOLN, AL – Associates at Honda Manufacturing of Alabama, LLC (HMA) today celebrated a production milestone in manufacturing more than 4 million Honda vehicles and V-6 engines in Alabama.
The production of HMA’s 4 millionth vehicle this week comes a less than 15 years since the start of mass production at the $2.2 billion facility on Nov. 14, 2001.
“The commitment and dedication of our 4,500 associates has allowed HMA to achieve this production milestone and fulfill our commitment to quality for Honda customers across the globe,” said Jeff Tomko, HMA President.
HMA is the sole production source of the Odyssey minivan, the Pilot sport utility vehicle, the Ridgeline pickup truck, the Acura MDX luxury sport utility vehicle and the V-6 engines that power each product.
Along with 4 million V-6 engines, the HMA vehicle production breakdown, by model, since Nov. 14, 2001 is approximately:

Honda Manufacturing of Alabama employs more than 4,500 associates at its 3.7-million-square-foot Lincoln facility and has the capacity to produce as many as 340,000 vehicles and engines each year. Since 2013, HMA has invested more than $520 million and added more than 500 jobs in expansion efforts designed to enhance manufacturing flexibility and increase annual production.