Honda Battle of the Bands Returns to Celebrate 15th Anniversary

TORRANCE, Calif., Oct. 3, 2016 – Honda Battle of the Bands (HBOB) is back and gearing up for its 15th annual Invitational Showcase that... 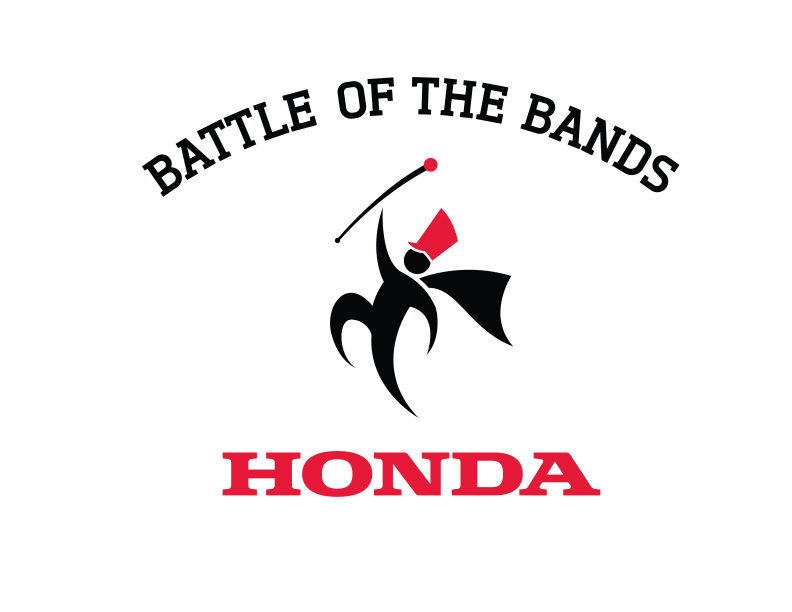 TORRANCE, Calif., Oct. 3, 2016 – Honda Battle of the Bands (HBOB) is back and gearing up for its 15th annual Invitational Showcase that will be held on January 28, 2017 to spotlight the premier marching bands from the nation’s Historically Black Colleges and Universities (HBCU). As one of the final events held at the Georgia Dome before the stadium closes its doors forever, HBOB will give eight bands the opportunity to display their showmanship on the Dome’s field one last time.
Beginning today, fans can go online and vote daily to help secure a spot for their favorite HBCU bands to “March On” in Atlanta. Voting ends on October 28, 2016 at midnight Eastern. Tickets for the 2017 showcase start at $10 and are available now for purchase at HondaBattleoftheBands.com.
This year’s theme – “Celebrate the History, Create the Future” – encourages HBOB participants and fans to reflect on the amazing history of the program and the role HBCUs have played throughout the years in defining the notion of what’s possible.  The theme also calls attention to looking ahead to the future, and powering the creativity of next generation of HBCU students who excel on and off the field, in music education and other areas.
“Honda Battle of the Bands is a celebration of these exceptional HBCU student musicians,” said Alexandra Warnier, Manager, Corporate Social Responsibility & American Honda Foundation. “For 14 years, we’ve witnessed an epic display of passion and talent, and Honda is proud to support these students and HBCUs both on and off the field.”
The 2017 Invitational Showcase will also feature the third annual Power of Dreams Award. Members of the HBCU community will have the opportunity to nominate an outstanding individual who is positively affecting the lives of others in the community.    Honda will recognize the winner during the Invitational Showcase.
Honda continues its commitment of over 25 years to the HBCU community, awarding nearly $12 million to support music and education initiatives primarily through the Honda Battle of the Bands and Honda Campus All- Star Challenge. Created in 2002 to honor and support the excellence of black college marching bands and the unique academic experience at HBCUs, HBOB continues to infuse new and exciting elements, including last year’s first-ever drumline showcase reaching audiences worldwide. The 2016 Invitational Showcase drew over 63,000 spectators to the event while reaching fans from all 50 U.S. states and 40 countries, with #HBOB reaching the top five trending topics on Twitter. Watch the 2016 HBOB highlights on Facebook and join the social media conversation using #HBOB:

For more information on Honda Battle of the Bands and to buy tickets to the Invitational Showcase, visit www.HondaBattleoftheBands.com.
About Honda
Honda seeks to be a company that society wants to exist, creating products and technologies that improve the lives of people while minimizing the environmental impacts of its products and business operations to ensure a sustainable future. Honda also is committed to making positive contributions to the communities where it does business, to socially responsible business practices and to the promotion of diversity in its workforce. From Honda’s involvement in STEM education and Historically Black Colleges and Universities (HBCU) to its support of pediatric brain tumor research and volunteer efforts by Honda associates – including environmental clean-up activities – Honda believes in giving back to the communities where its associates live and work. Learn more at csr.honda.com.