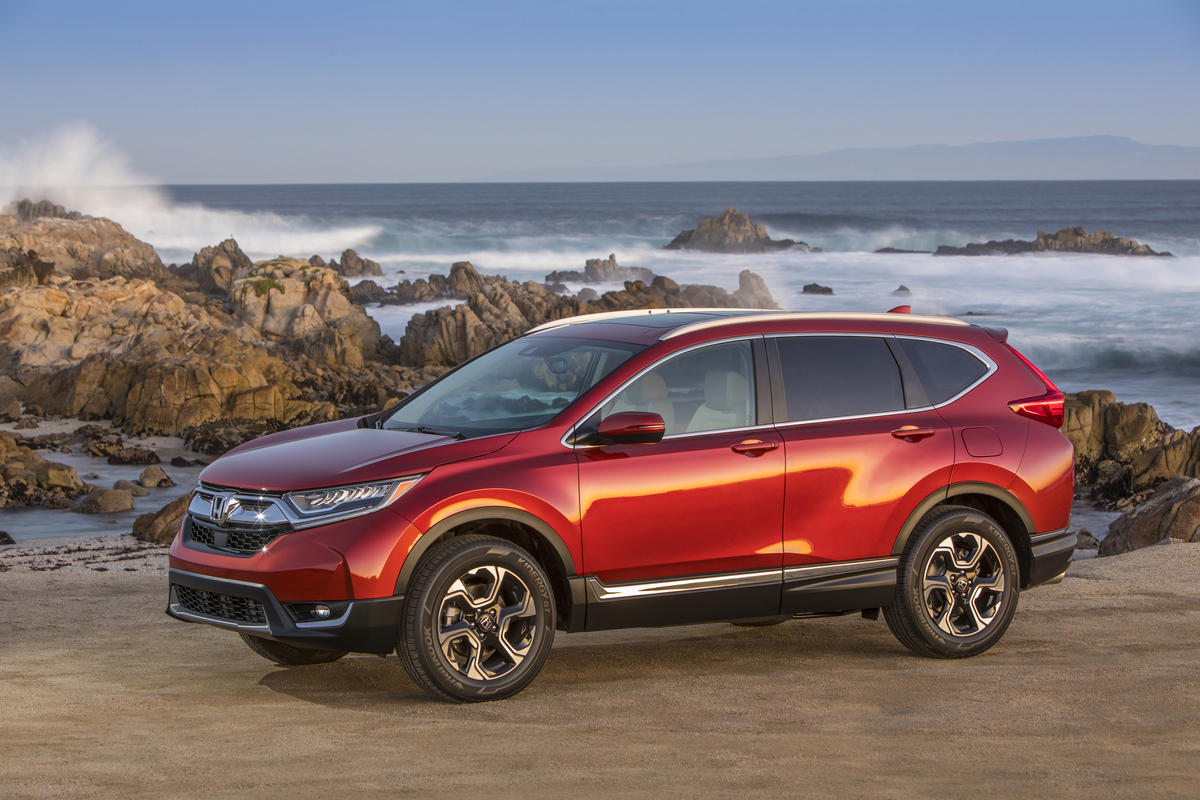 GREENSBURG, IN – Feb.15, 2017 – Associates at Honda Manufacturing of Indiana, LLC (HMIN) today celebrated the start of production of the all-new 2017 Honda CR-V – the first SUV built at the plant since it began production in 2008.  With the move, HMIN now builds Honda’s two best-selling vehicles of 2016 – Civic and CR-V.
In March 2016, HMIN announced new investment of $52 million and the creation of 100 new jobs to support the production startup of the Honda CR-V, as Honda invested in its capability to meet growing demand for its light-truck models. HMIN’s production of the CR-V was transitioned from the Honda de Mexico (HDM) plant in Guadalajara. Honda also builds the CR-V at its East Liberty, Ohio auto plant and at a Honda plant in Alliston, Ontario, Canada.
"We are leveraging the manufacturing flexibility of our experienced Indiana associates to meet the needs of our customers," said Bob Nelson, president of Honda Manufacturing of Indiana. "With the CR-V and Civic, we are really proud to build two of America’s best-selling vehicles in Indiana."
On sale now at dealerships across North America, the redesigned and reengineered 2017 CR-V is the fifth generation of Honda’s immensely popular five-passenger compact SUV, the best-selling SUV in America over the past 20 years, with cumulative U.S. sales of nearly four million units since the model’s introduction in 1997.
HMIN will continue to produce the Honda Civic Sedan, giving it both the top retail-selling compact car in America and the outright best-selling SUV. This is not the first time HMIN has demonstrated the flexibility to manufacture multiple vehicles. From April 2012 to November 2014, the plant was the exclusive home to the Acura ILX, a vehicle that was transferred to Honda of America Mfg. in Marysville, Ohio, in 2015.  HMIN also previously produced the Civic Natural Gas, at the time, the only mass-produced natural gas passenger car in America.
Honda in Indiana
Honda Manufacturing of Indiana, LLC (HMIN), one of five Honda auto plants in the U.S., began production of Civic sedans on October 9, 2008. With employment of over 2,400  associates and capital investment exceeding $900 million, HMIN manufactures automobiles primarily for the U.S. market, and for export to markets outside of North America. HMIN has the capacity to produce 250,000 vehicles and last year it sourced more than $2.4 billion in OEM parts from 57 suppliers. HMIN maintains one of the lowest environmental footprints of any automobile plant in Honda’s global production network.
Honda in America
Honda has nearly 40 years of manufacturing history in the U.S. with 12 plants, employment of almost 30,000 people and investment of $17 billion.  In 2016, some 68% of Honda’s record automobile sales total was made in the company’s five U.S. auto plants – the second highest total of any automaker in America.  Honda products are built using domestic and globally sourced parts. In 2016, Honda purchased a record $27 billion in parts and materials from 610 U.S. suppliers