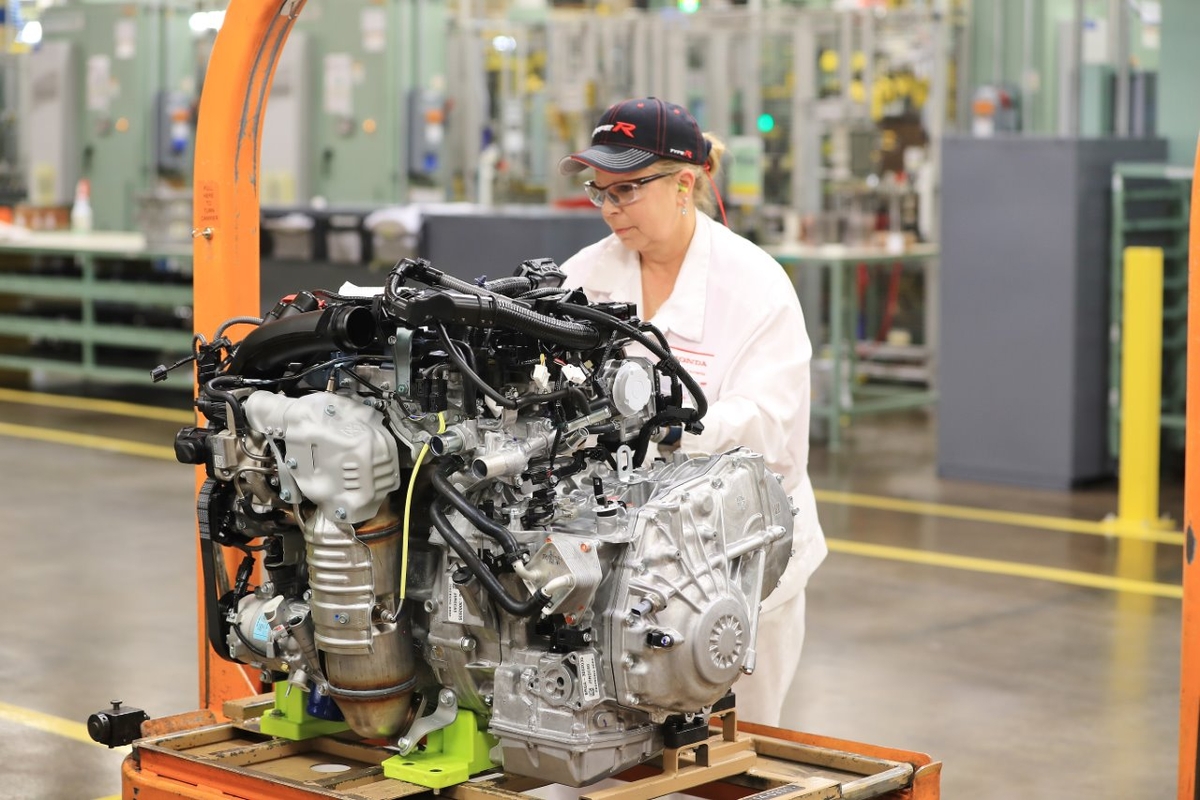 Associates at Honda’s Anna, Ohio engine plant, the largest Honda engine plant in the world, today celebrated the 25 millionth engine produced since Honda of America Mfg., Inc. opened the facility in 1985.
Honda recently invested $47 million in the Anna Engine Plant for the introduction of the new engine lineup for 2018 Honda Accord, including two new, direct-injected VTEC Turbo 4-cylinder engines and the 2.0 i-VTEC Atkinson Cycle engine for the Accord Hybrid. Total investment at the plant now exceeds $2.7 billion.
“Building 25 million engines is not just a major production milestone, but symbolic of the passion and commitment invested by our associates, past and present, to satisfy 25 million customers,” said Paul Dentinger, plant manager of the Anna Engine Plant. “We continue to invest in our plant and our people to build a new generation of Honda engine products for customers here and around the world.”
The 25 millionth engine, produced on Line 4, was a 1.5-liter turbo that will be installed in an all-new 2018 Accord, assembled 45 miles to the east at the Marysville Auto Plant. The Anna Engine Plant also makes the turbo engine that powers the Civic Type-R built in the U.K., the most powerful engine ever offered in a Honda production vehicle in the U.S.
The Anna facility supplies engines and components for 14 Honda and Acura products made in Ohio, Indiana, Alabama, Canada and other locations across the globe. The Anna Engine Plant has four assembly lines and two casting operations.
The Anna Engine plant reached its milestone 32 years after it opened. At its current production rate – 1.18 million engines annually – it will take only 21 years for Anna to build another 25 million engines.
About Honda
Honda has been producing automobiles in America for 35 years and currently operates 19 major manufacturing facilities in North America, including nine auto plants. Honda currently has the capacity to produce 1.92 million vehicles in North America and, in 2016, more than 95% of all Honda and Acura vehicles sold in the U.S. were made in North America, using domestic and globally sourced parts. In 2016, more than 68 percent of all Honda and Acura automobiles sold in the U.S. were made in America, more than any other major automaker except one.
About the Anna Engine Plant
The Anna Engine Plant is the largest Honda engine plant in the world. It produces more than 1.18 million engines annually, in addition to various high precision components for Honda plants around the world. The 2.5 million square foot plant employs 3,200 associates, responsible for production of four cylinder, V6 and a new line of turbo engines. In spring 2016, master builders at the Anna plant also began serial production of the hand assembled twin turbo engine for the Acura NSX, the only supercar made in America.