Today, Honda reaffirmed its longstanding partnership with The Nature Conservancy in Ohio to protect the environmentally fragile headwaters of the Big Darby Creek watershed... 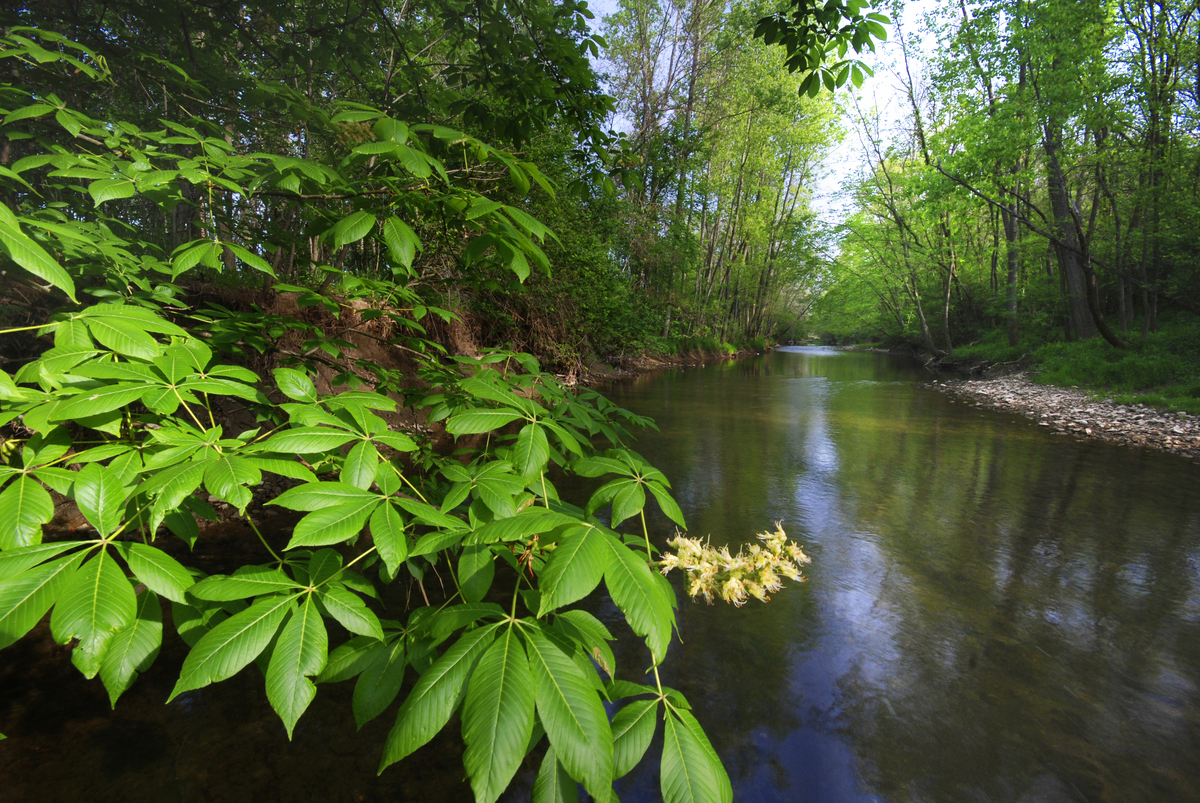 Today, Honda reaffirmed its longstanding partnership with The Nature Conservancy in Ohio to protect the environmentally fragile headwaters of the Big Darby Creek watershed by donating 90 acres of land.  Nearly 30 years ago, Honda of America Mfg., Inc. and the Ohio chapter of The Nature Conservancy began a public and private sector partnership to preserve this watershed, which is one of the Midwest's most biologically diverse aquatic systems.
"As citizens of this watershed, it's imperative we do our part to protect it," said Tom Shoupe, executive vice president of Honda of America.  "Honda understands the significance of this property and will continue to protect and preserve the Big Darby Creek watershed."
"We want to thank Honda for the nearly $1 million in philanthropic grants we've received since this partnership began which have been invaluable in advancing our conservation and volunteer program efforts, especially here in Central Ohio," said Bill Stanley, state director for The Nature Conservancy in Ohio. "We thank Honda for this generous donation of land, which adds a critical piece to the conservation puzzle and grows our Big Darby Headwaters Nature Preserve to more than 1,000 acres."
The Big Darby Headwaters preserve protects the humble cold water springs and streams that combine to form the headwaters of Big Darby Creek. Big and Little Darby Creeks are noted nationally for their tremendous diversity and abundance of both aquatic and terrestrial plants and animals. They are home to 86 species of fish, five of which are endangered in Ohio. Forty-one species of freshwater mollusk live in these waters, eight of which are on the Ohio endangered list.
The Big Darby Creek is one of the healthiest tributaries to the Scioto River, which provides drinking water for tens of thousands of Ohioans. The Big Darby Creek watershed is one of the healthiest and most diverse aquatic systems of its size in the Midwest.
Honda Support of Big Darby Preservation with the Ohio Nature Conservancy
Honda's efforts with The Nature Conservancy in Ohio to protect the headwaters of the Big Darby Creek and other initiatives have included donations of over $1 million over the course of the past 30 years:
1991 – $100,000 contribution for watershed support
1996 – $30,000 for volunteer watershed protection program
2002 – $20,000 for stream monitoring of the Big Darby Creek
2006 – $300,000 to restore the headwaters of the Big Darby Creek
2010 – $200,000 for additional restoration work
2012 – $100,000 for improved access at Big Darby
2013 – $75,000 for environmental stewardship
2018 – $90,000 for operational support
2020 – Donation of 90 acres of land valued at over $280,000
About Honda Manufacturing in America
Honda's U.S. manufacturing operations were established in 1979 with the start of motorcycle production in Marysville, Ohio, followed in November 1982, by the start of automobile production at the Marysville Auto Plant.
Today, Honda employs more than 15,000 associates in Ohio across five plants with total capital investment of $13.6 billion and the capacity to produce 680,000 Honda and Acura automobiles, 1.18 million automobile engines and 1 million automobile transmissions, two-motor hybrid systems, and Sport Hybrid All-wheel Drive™ systems annually, using domestic and globally sourced parts.
Honda's five major Ohio manufacturing facilities include three auto plants, the Marysville Auto Plant, East Liberty Auto Plant and Performance Manufacturing Center, as well as the Anna Engine Plant and Russells Point transmission plant. The company has invested over $1 billion in these facilities over the past six years, continually modernizing equipment and adopting new technologies to advance quality and efficiency for Honda and Acura customers here and around the world. Learn more at https://ohio.honda.com/.