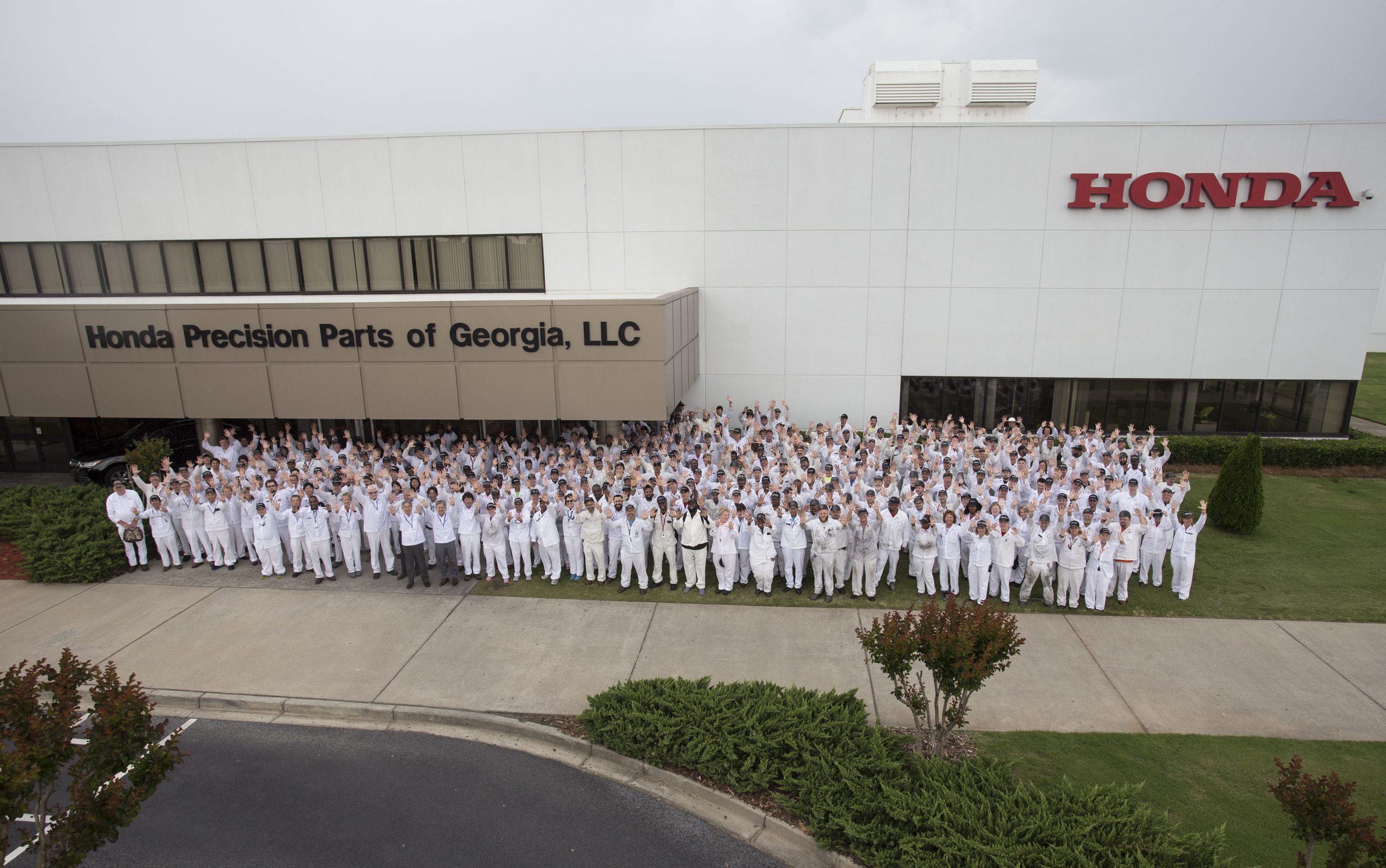 TALLAPOOSA, Ga. – Honda today launched global production of a new, state-of-the-art 10-speed automatic transmission at Honda Precision Parts of Georgia, LLC (HPPG) in Tallapoosa, Georgia.
Honda also announced that it has invested nearly $150 million in two U.S. manufacturing plants for production of the industry's first 10-speed automatic transmission (10AT) for front-wheel-drive vehicles.
The new investment includes $100 million for a new assembly line and production modifications at HPPG and an additional $49 million to provide new equipment and increased production capacity at Honda Transmission Mfg. of America, Inc. (HTM) in Russells Point, Ohio. The amount adds to the more than $3 billion that Honda has invested in its U.S. plants over the past four years.
Developed by Honda R&D, the new 10AT features a low-friction design, which will deliver outstanding drivability in new Honda and Acura vehicles. It will appear first in upper grades of the all-new 2018 Honda Odyssey minivan, launching this spring, and will be applied to additional light-truck and car models in the future.
"This new 10-speed automatic transmission represents Honda's commitment to provide our customers with products of outstanding performance, and we are honored to be the global lead plant for production of the 10AT," said Masahiko Kayama, president of Honda Precision Parts of Georgia. "Manufacturing the new transmission in Georgia is a huge responsibility and a great opportunity for Honda associates to demonstrate their manufacturing capabilities and commitment."
HPPG was established in 2006 and annually produces more than 375,000 transmissions for Honda and Acura automobiles. HTM began production in 1996 and now produces more than one million transmissions per year for Honda and Acura vehicles built in North America.
Honda in America
Honda began its North America operations in Los Angeles, California, in 1959. Today, Honda companies in North America represent a cumulative investment of more than $22 billion and employ more than 40,000 associates in the design, development, manufacture, marketing, financing and servicing of Honda and Acura automobiles, Honda powersports products and Honda power equipment products.
Honda has been producing products in America for more than 37 years using domestic and globally sourced parts and currently operates 19 major manufacturing facilities in North America. Honda also operates 16 major research and development centers in the U.S. with the capacity to fully design, develop and engineer many of the products Honda produces in North America. In 2016, more than 95 percent of all Honda and Acura automobiles sold in the U.S. were made in North America.