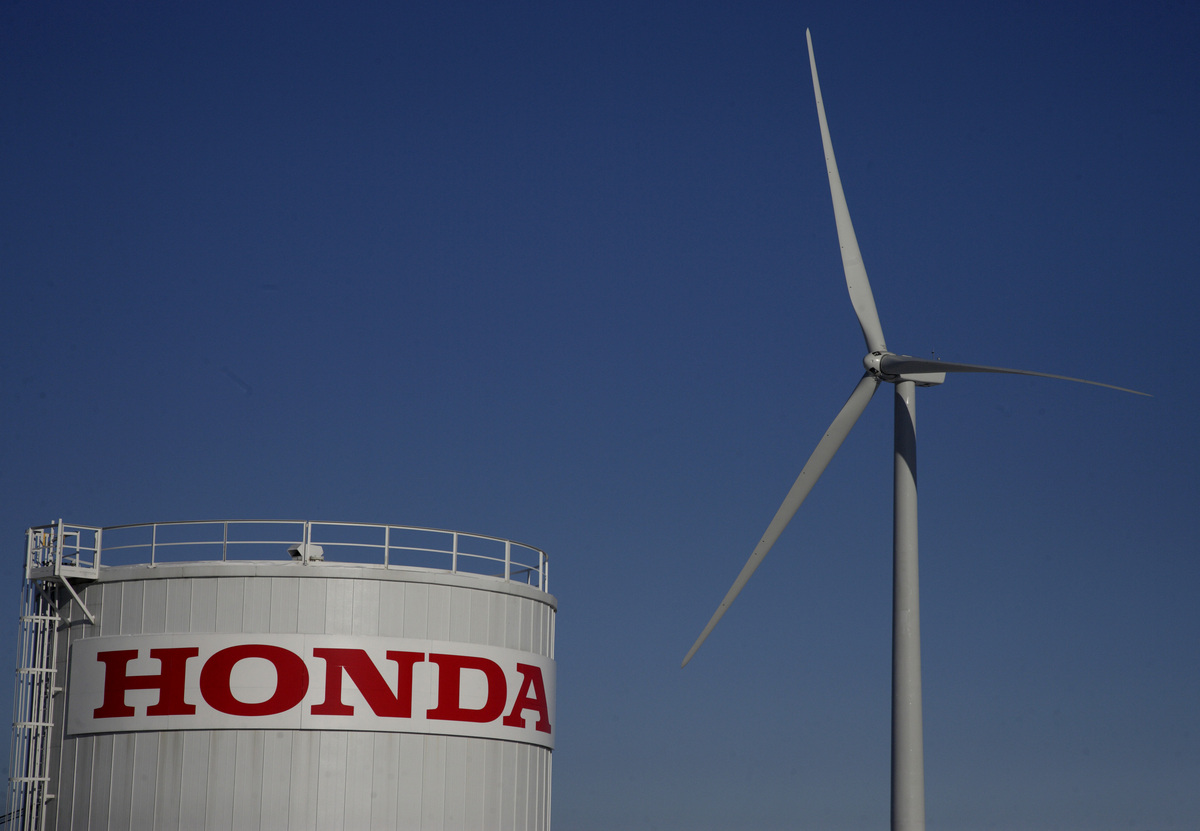 Honda's four mass production auto plants, two transmission plants and two engine plants in the U.S. have all earned the U.S. Environmental Protection Agency (EPA) ENERGY STAR Certificate for Outstanding Energy Efficiency, demonstrating the company's longstanding commitment to reducing CO2 emissions through environmentally-friendly practices. Honda is the only automaker to earn the EPA distinction for energy efficiency at every mass production auto plant it operates in the U.S.
Honda has been a leader in ENERGY STAR certification since the EPA began awarding the distinction to industrial plants in 2006. Honda's U.S. manufacturing plants that earned ENERGY STAR certification for 2020 include:

Moreover, the Honda of Canada Mfg. auto and engine plants also earned first-time recognition in 2020 (ENERGY STAR Certification of manufacturing plants was only offered to U.S. companies prior to 2018. U.S. EPA and the Canadian Department of Natural Resources worked together to offer an ENERGY STAR certification for Canadian auto plants.).
Through the company's Green Factory initiatives, Honda is working comprehensively to address the environmental impacts of product manufacturing by reducing water use, energy use, waste and emissions. Honda has reduced the CO2 emissions intensity of automobile production in North America by 27.5% since 2010 and has cut waste to landfills from manufacturing by 93% since 2001. The company also is moving toward the use of renewable wind and solar power for the vast majority of the electricity it consumes in its manufacturing operations.
"The sustainable efforts we have implemented to promote energy-efficient practices is a business imperative at Honda," said Joanna Bambeck, who leads Honda's Green Factory efforts in North America. "Ten Honda facilities earning the ENERGY STAR Certificate demonstrates our commitment to create environmentally-friendly practices. Each manufacturing plant completed different environmentally-friendly projects to improve their overall energy efficiency in 2020, and we are honored to earn these awards from U.S. EPA."
The ENERGY STAR certifications were awarded to plants in the top 25th percentile of all plants in energy efficiency. ENERGY STAR awards these certifications based on energy used per unit produced.
"Commercial buildings and industrial plants account for nearly half of America's energy," said Jean Lupinacci, Chief of the ENERGY STAR Commercial & Industrial Branch. "But through benchmarking performance and a strategic approach to energy management, it is possible for companies to save energy, save money, reduce greenhouse gasses and protect the environment."
ENERGY STAR was introduced by EPA in 1992 as a voluntary, market-based partnership to reduce greenhouse gas emissions through energy efficiency. Today, the ENERGY STAR label can be found on more than 60 different kinds of products as well as new homes and commercial and industrial buildings that meet strict energy-efficiency specifications set by the EPA. Over the past twenty years, American families and businesses have saved a total of nearly $450 billion on utility bills and prevented more than 3.1 billion metric tons of greenhouse gas emissions with help from ENERGY STAR.
For more information about ENERGY STAR Certification for Industrial Facilities visit  energystar.gov/plants
About Honda
Honda Manufacturing in America
Honda established manufacturing operations in America in 1979, with the start of motorcycle production in Marysville, Ohio, followed in November 1982, with the start of automobile production at the Marysville Auto Plant.
In 2020, more than two-thirds of the Honda and Acura automobiles sold in the U.S. were made in America, using domestic and globally sourced parts, and Honda's cumulative auto production in America exceeds 27 million vehicles.
Honda has one of the largest and most diverse U.S. manufacturing footprints of any international company, employing nearly 23,000 associates at 12 plants with the annual capacity to produce more than 1.2 million automobiles, 3.5 million engines, 500,000 power equipment products and 300,000 powersports products, as well as the HondaJet advanced light jet and GE Honda HF120 turbofan engines in America.
Cumulatively, Honda has invested more than $21 billion in its U.S. manufacturing operations, including more than $5.6 billion over the past five years. The company also works with more than 620 U.S. original equipment suppliers, with U.S.-sourced parts purchases of $27.7 billion in 2019 and approximately $423.3 billion since 1979. Learn more at https://hondainamerica.com/.