Nov 6, 2017 – MARYSVILLE, OH For Honda associate Kevin Kuhn, jumping out of an airplane is a way to unwind after a day... 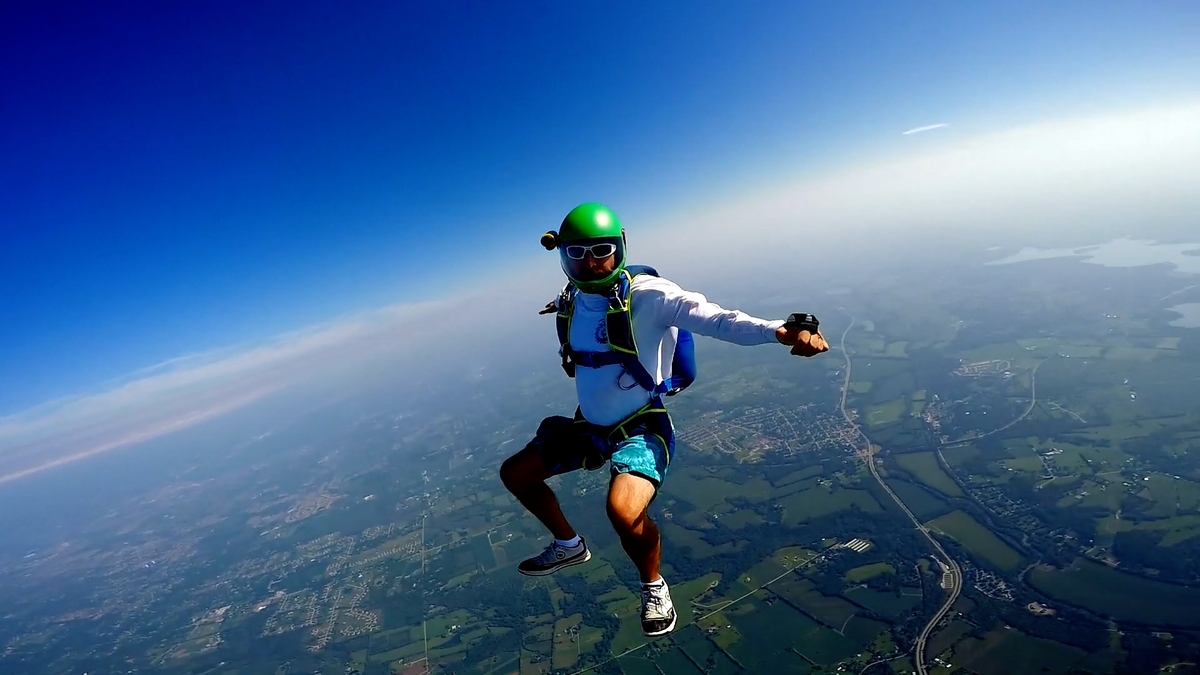 For Honda associate Kevin Kuhn, jumping out of an airplane is a way to unwind after a day at Honda Manufacturing of Indiana (HMIN). Kuhn is the newest subject of the What Makes a Honda is Who Makes a Honda video series.
Kuhn's desire to challenge himself in all aspects of life inspires him to seek new ideas and opportunities as the new model project leader in the Plastics department at HMIN. The Plastics area is responsible for making plastic injected molded parts including bumpers and instrument panels. He played a key role in launching both the 2017 CR-V and 2016 Civic into production at HMIN. Kuhn said he likes working together with other departments to find greater efficiency.
Kuhn learned to skydive about seven years ago and has completed more than 380 jumps.
"Skydiving is a very freeing experience," he said. "There's really nothing to be afraid of."
Kuhn says taking risks is necessary – whether in skydiving or making improvements in a component or process for a new model.
"I have learned a lot by taking risks," he said. "How do we challenge ourselves to continue to make that better car? With a challenging spirit, anything's possible."
The Who Makes a Honda video series focuses on Honda associates who live out the company's commitment to The Power of Dreams, a global theme that encourages Honda associates to conceive ideas that will create new value for customers and society and then show the determination required to bring those dreams to life. In addition, the video series spotlights the inspiring efforts of Honda associates in their work and in the community.
The Who Makes a Honda video featuring Kuhn is accessible at Honda's YouTube channel at https://youtu.be/GLsde4CXRiI.
About Honda in North America
Honda established operations in America in 1959 and now employs more than 40,000 associates in its North American sales, R&D and manufacturing operations with total capital investment in North America exceeding $22 billion.
Based on its longstanding commitment to "build products close to the customer," Honda operates 19 major manufacturing facilities in North America producing a wide range of Honda and Acura automobiles, automobile engines and transmissions, Honda all-terrain vehicles, power equipment products, such as lawn mowers, mini-tillers and general purpose engines, and the HondaJet advanced light jet.
Nine Honda auto plants in the region, including five in the U.S., have the capacity to produce 1.92 million automobiles each year. In 2016, more than 96 percent of the Honda and Acura automobiles sold in the U.S. were produced in North America. Those plants today manufacture 17 different models, including nine passenger cars and eight light trucks using domestic and globally sourced parts. Honda also operates 16 major research and development centers in the U.S. with the capacity to fully design, develop and engineer many of the products Honda produces in North America.