October 4, 2019 — MARYSVILLE, Ohio In a year marked by the 40th anniversary of Honda production in America, Honda manufacturing associates throughout the... 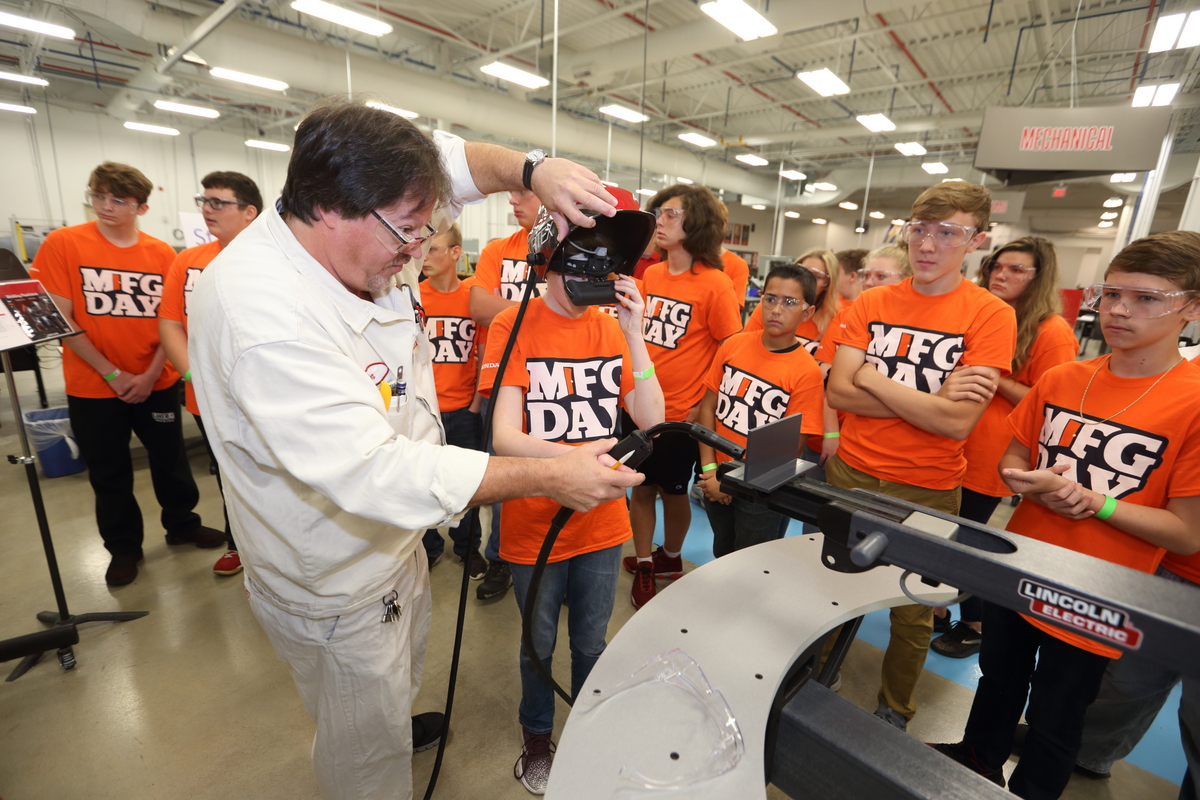 October 4, 2019 — MARYSVILLE, Ohio
In a year marked by the 40th anniversary of Honda production in America, Honda manufacturing associates throughout the U.S. took time to host students, teachers and community leaders as part of the 9th annual National Manufacturing Day.
More than 2,000 students attended events throughout the week at Honda facilities in Ohio, Indiana, South Carolina and Alabama, which annually produce more than 3 million engines and 1.24 million cars and trucks, learning more about the many career paths available in the manufacturing field.
This included students from high schools, STEM academies, technical centers and two- and four-year colleges interacting with plant leaders and production associates during events designed to showcase the variety of options available to those considering a career in the field.
Activities included using interactive training tools such as virtual welders and painters, as well as opportunities for students to try their hand with impact wrenches, circuit boards and robotics applications.
Promoted annually by the National Association of Manufacturers (NAM), Manufacturing Day was developed to positively change the perception of today's manufacturing careers.
"At Honda, we have found that when young people have a chance to experience modern manufacturing for themselves, they have a better understanding of the benefits of a career in the field," said Rick Schostek, executive vice president of Honda North America, Inc. "We remain fully committed to providing opportunities for the next generation of industry professionals and Manufacturing Day is an important opportunity to begin that process."
Honda plants taking part in Manufacturing Day activities include: Honda of America Mfg. (Anna Engine Plant, East Liberty Auto Plant, Marysville Auto Plant), Honda Transmission Manufacturing of America, Honda Manufacturing of Alabama, Honda Manufacturing of Indiana and Honda of South Carolina Mfg.
Honda Manufacturing in North America
Honda marks its 40th anniversary of manufacturing products in America in Sept. 2019. Honda was the first Japanese automaker to produce products in America, beginning with motorcycles in 1979, followed by the start of automobile production in Marysville, Ohio, on Nov. 1, 1982.
Over the course of four decades, Honda has steadily grown its manufacturing capabilities in the region. Honda now employs more than 25,000 associates at 12 plants in America with the capacity to produce more than one million automobiles, three million engines, 400,000 power equipment products and 330,000 powersports products each year, using domestic and globally sourced parts. In 2018, nearly two-thirds of all Honda and Acura automobiles sold in the U.S. were made in America.
Honda also manufactures the HondaJet advanced light jet and GE Honda HF120 turbofan engines in America. Cumulatively, Honda has invested more than $20.2 billion in its American manufacturing capabilities, including more than $5.9 billion over the past five years. The company also works with more than 600 original equipment suppliers in America with cumulative parts purchases of nearly $400 billion over 35 years.