May 22, 2017 – CANTIL, CA   Renovated proving grounds in Mojave Desert tests Honda and Acura products   Facility is one of Honda’s... 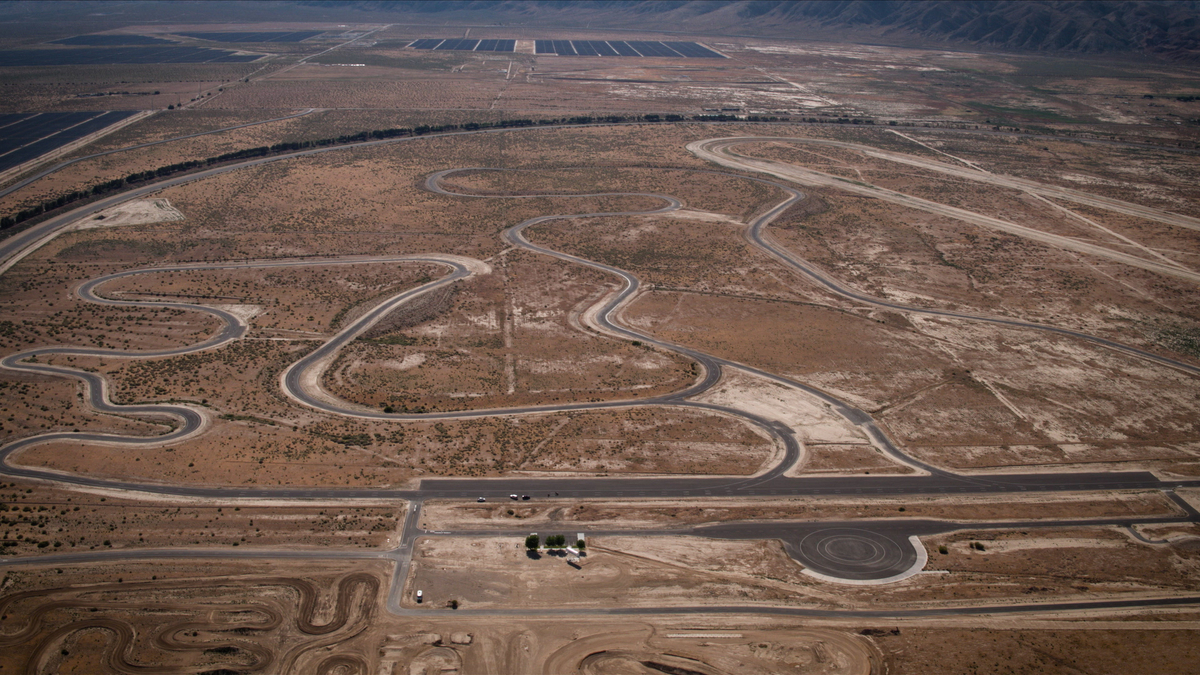 Back in full operation as a testing ground for future Honda and Acura products, the renovated Honda Proving Center (HPC) is once again primed to test the capabilities of the company's automobiles, motorcycles, side-by-sides and ATVs against the dramatic back drop of the Mojave Desert, near Cantil, California. Watch a video about HPC at honda.us/HPC.
The refurbished HPC features a 7.5-mile high-speed banked oval track capable of testing vehicles at speeds over 200 miles per hour, and a 4.5-mile winding road course that incorporates 28 curves and six different hills into the design.
The proving grounds also includes a new 1.3 million-square-foot vehicle dynamics area and a modified powersports complex to support the development testing of Honda motorcycles as well as all-terrain vehicles and side-by-side vehicles, which are designed, developed and manufactured in America*. All original and existing asphalt was recycled on site and used in the rehabilitation of the facility.
"The enhancements we have made at the Honda Proving Center will play an important role in advancing the performance capabilities of our products for our customers," said Jeff Conrad, senior vice president automobile division, American Honda. "HPC has long played a valuable role in the development of our products and this renovation will ensure it continues to do so."
The renovation of the 3840-acre warm-weather testing facility provides Honda with two key U.S. proving grounds for the development and testing of new automobile and powersports products. Honda also conducts product testing and verification at the Transportation Research Center, an automotive proving center located in East Liberty, Ohio.
About Honda
Honda began its operations in Los Angeles, California, in 1959. Today, Honda companies in America represent a cumulative investment of more than $17 billion and employ more than 30,000 associates in the design, development, manufacture, marketing, financing and servicing of Honda and Acura automobiles, Honda powersports products, Honda power equipment products and the HondaJet advanced light jet and GE-Honda HF 120 jet engines.
Honda has been producing products in America for more than 37 years using domestic and globally sourced parts and currently operates 12 major manufacturing facilities in the U.S., including five auto plants. Honda also operates 16 major research and development centers in the U.S. with the capacity to fully design, develop and engineer many of the products Honda produces in North America. In 2016, more than 68 percent of all Honda and Acura automobiles sold in the U.S. were made in America, more than any other major automaker except one.
* Using domestic and globally sourced parts.