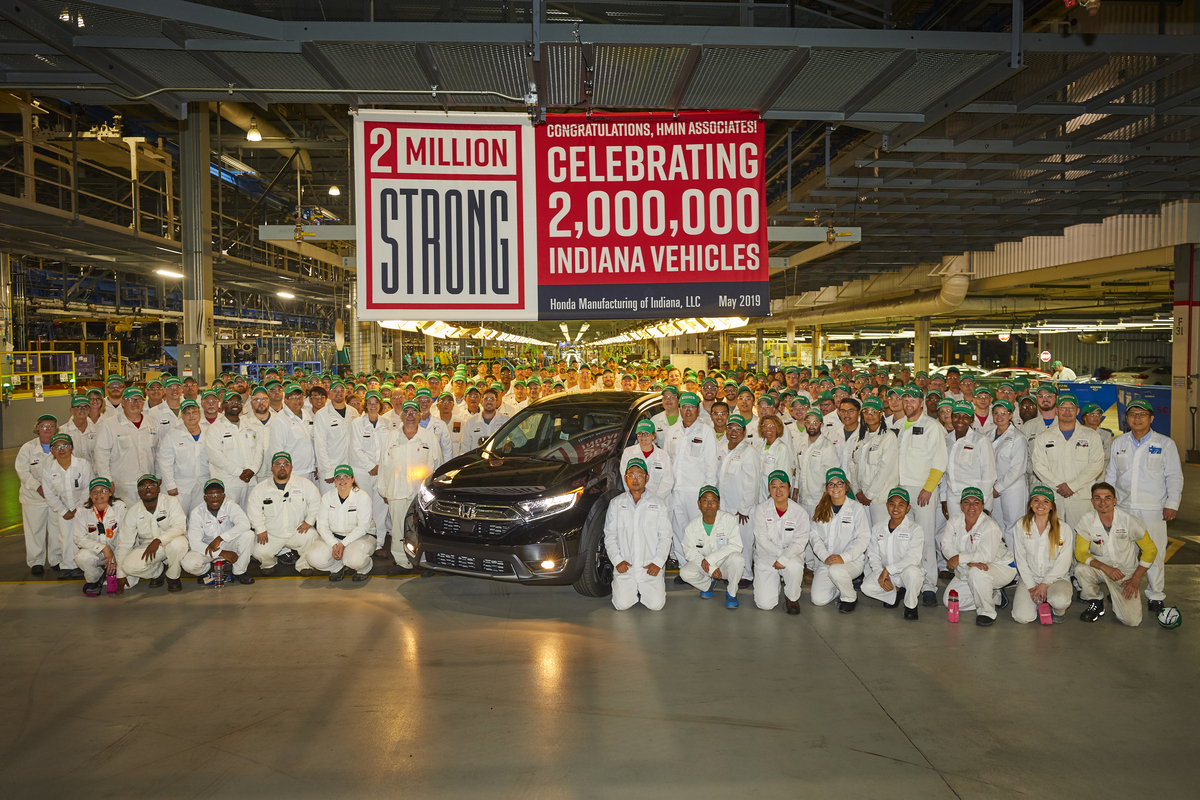 Honda Manufacturing of Indiana, LLC (HMIN) today celebrated a production milestone as the 2 millionth Honda vehicle built in Indiana rolled off of the manufacturing line.
"This accomplishment is due to the commitment our Honda associates in Indiana make every day to build the highest quality products for our customers," said Tim Myers, senior vice president of HMIN. "This is an important achievement for our entire team."
The 2 millionth vehicle is a Crystal Black Pearl CR-V. It comes 10 years after the start of mass production at the 2.4 million-square-foot Indiana facility on Oct. 9, 2008. It is also fitting that Honda will mark its 40th anniversary of manufacturing products in North America in September of this year.
In addition to CR-V, HMIN produces the Civic sedan and is the exclusive global producer of the 2019 Insight Hybrid. All Indiana-built vehicles are produced on the same production line, which demonstrates HMIN's manufacturing flexibility. 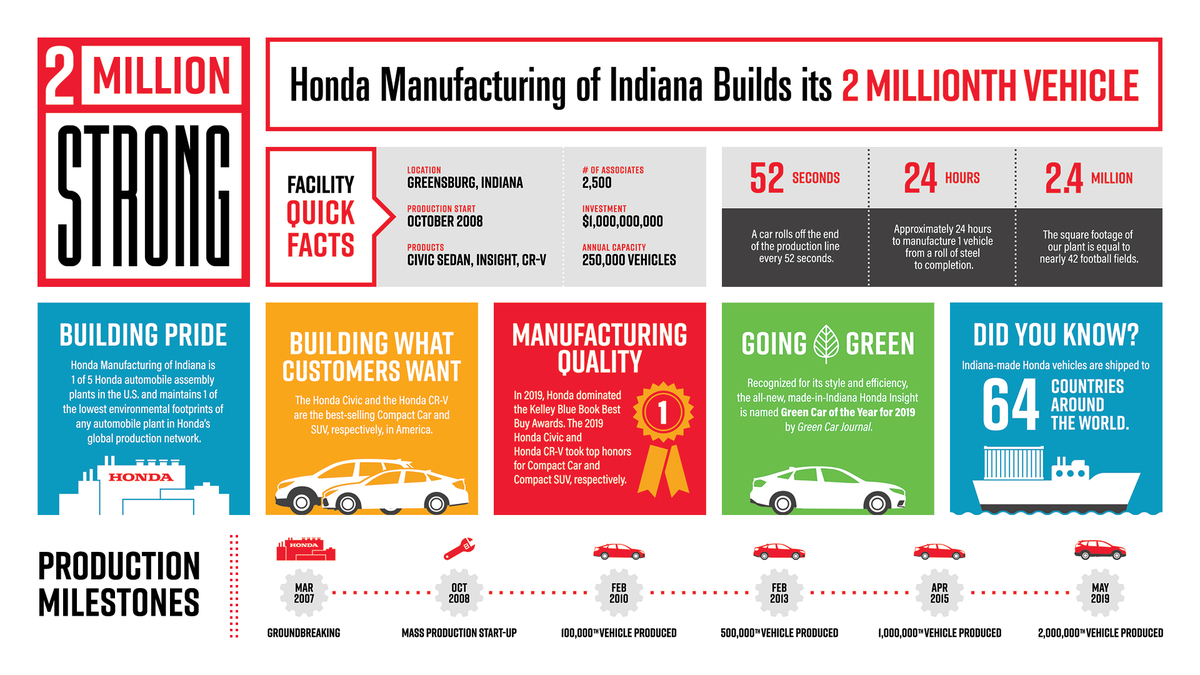 Honda in Indiana
HMIN is one of five Honda automobile assembly plants in the U.S. HMIN began production of Civic sedan on October 9, 2008, and now also builds the CR-V sport utility vehicle and the Insight hybrid vehicle. With employment of more than 2,500 associates and capital investment exceeding $1 billion, HMIN has the capacity to produce 250,000 vehicles annually. In 2018, Honda purchased more than $2.2 billion in parts from 51 suppliers in Indiana. HMIN maintains one of the lowest environmental footprints of any automobile plant in Honda's global production network.