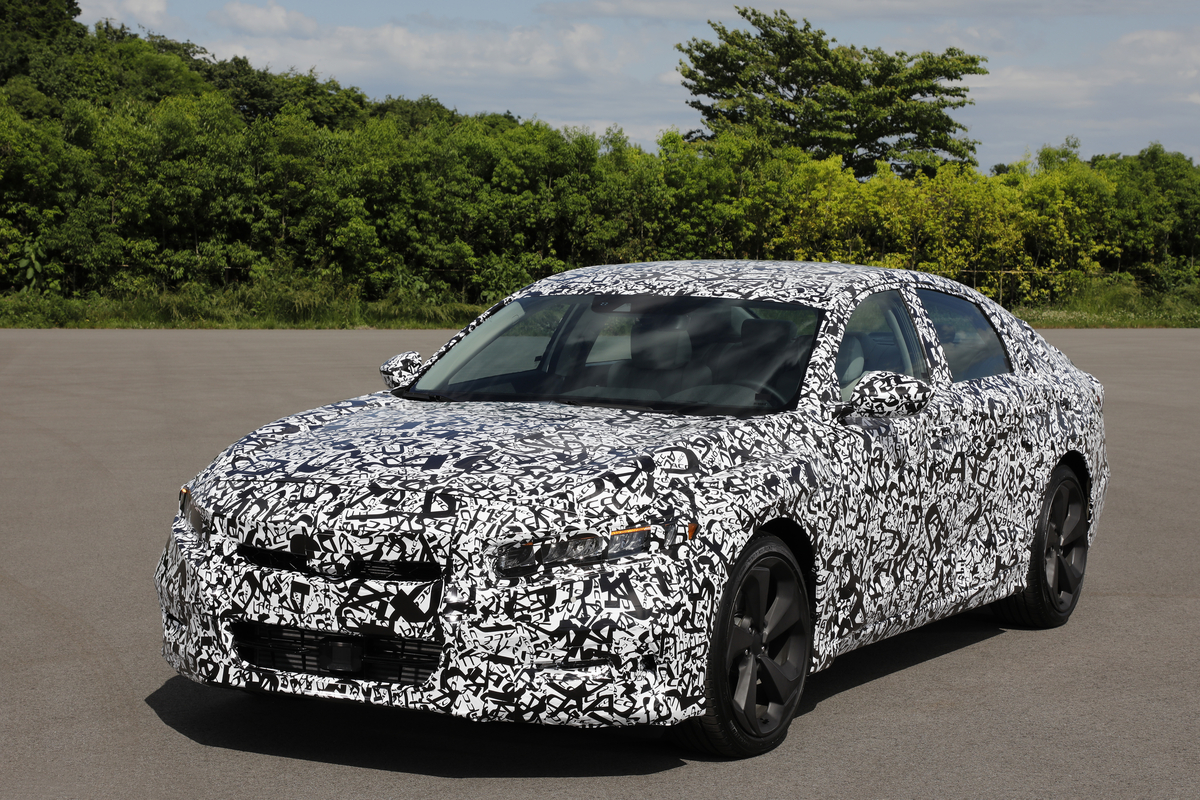 Honda will launch the most stylish and fun-to-drive Accord ever later this year. The all-new, completely redesigned and reengineered 2018 Honda Accord is the tenth generation of America's best-selling midsize sedan, the number one choice of individual American car buyers cumulatively since 20101. A new-from-the-ground-up design that features a more aggressive stance and proportion than any previous Accord complements the lineup of advanced new powertrains.
The three powerful and fuel-efficient powertrains in the 2018 Accord will include two direct-injected and turbocharged 4-cylinder engines, a new Honda-developed 10-speed automatic transmission and a sporty 6-speed manual transmission that will be available on both turbo engines, as well as the next-generation of Honda's two-motor hybrid powertrain technology. The new Accord design will have a dramatically lower and wider appearance that creates a more aggressive and athletic stance. Additional details on the all-new 2018 Accord design, technology and performance will be released in the weeks ahead.
"With these three advanced new powertrains, the tenth-generation Accord will be the most fun-to-drive, refined and fuel-efficient Accord yet,"said Jeff Conrad, senior vice president and general manager of America Honda Motor Co., Inc. "Just as the new Honda Civic injected new energy into the compact car segment, we expect this all-new 2018 Accord will make people rethink the midsize sedan."
The 2018 Accord will feature two available high-torque, high-efficiency turbocharged powerplants, a 1.5-liter direct-injected DOHC Turbo with dual variable cam timing (dual VTC), mated to either a Honda continuously variable automatic transmission (CVT) or 6-speed manual transmission; and a 2.0-liter direct-injected DOHC Turbo with i-VTEC® valvetrain, paired with a 10-speed automatic transmission – the industry's first 10AT for a front-wheel-drive passenger car – or a 6-speed manual. An all-new, even more refined Accord Hybrid will be powered by the next-generation of Honda's innovative two-motor hybrid technology, which uniquely operates without the use of a conventional automatic transmission.
A perennial best-seller with American car buyers, the Accord has been the U.S. retail sales leader in the midsize sedan segment for four straight years (2013-2016). For the first five months of 2017, based on retail sales data, Accord is the top selling midsize sedan in America and the second best-selling passenger car overall, surpassed only by the new Honda Civic2. Accord also is an unprecedented 31-time recipient of Car and Driver magazine's coveted 10Best award.
Since its launch in 1976, American car buyers have purchased more than 13 million Accords. Accord is the first vehicle from a Japanese automaker to be made in America and has been in continuous production at Honda's Marysville, Ohio auto plant since November 1982, with cumulative U.S. production exceeding 11 million units over 35 years of U.S. manufacturing3.
The new 2018 Accord's 1.5-liter and 2.0-liter turbo engines will be produced at Honda's Anna, Ohio engine plant. The Accord's CVT transmission will be manufactured at the company's Russells Point, Ohio plant, and its new 10-speed automatic transmission will be produced in the company's Tallapoosa, Georgia plant. Honda recently announced a $149 million investment in the Russells Point and Tallapoosa plants to facilitate production of the new 10AT and its components in America. Additional investments related to manufacturing of the new Accord will be announced closer to its fall 2017 launch.
About Honda
Honda offers a full line of reliable, fuel-efficient and fun-to-drive vehicles with advanced safety technologies sold through over 1,000 independent U.S. Honda dealers. The Honda lineup includes the Fit, Civic, Accord and Clarity series passenger cars, along with the HR-V, CR-V and Pilot sport/utility vehicles, the Ridgeline pickup and the Odyssey minivan.
Honda has been producing automobiles in America for 35 years and currently operates 19 major manufacturing facilities in North America. In 2016, more than 95% of all Honda and Acura vehicles sold in the U.S. were made in North America, using domestic and globally sourced parts. 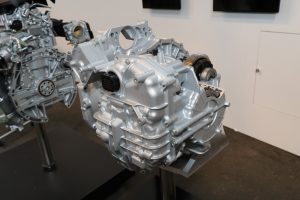 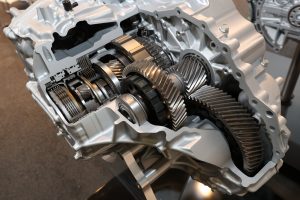 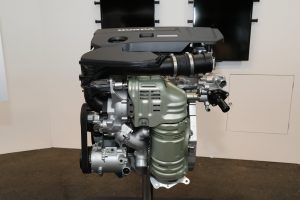 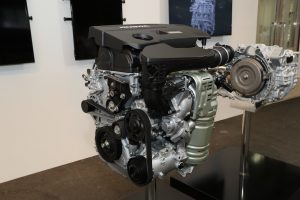 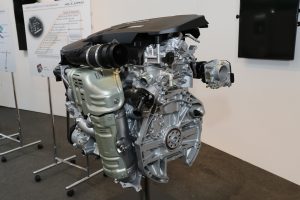