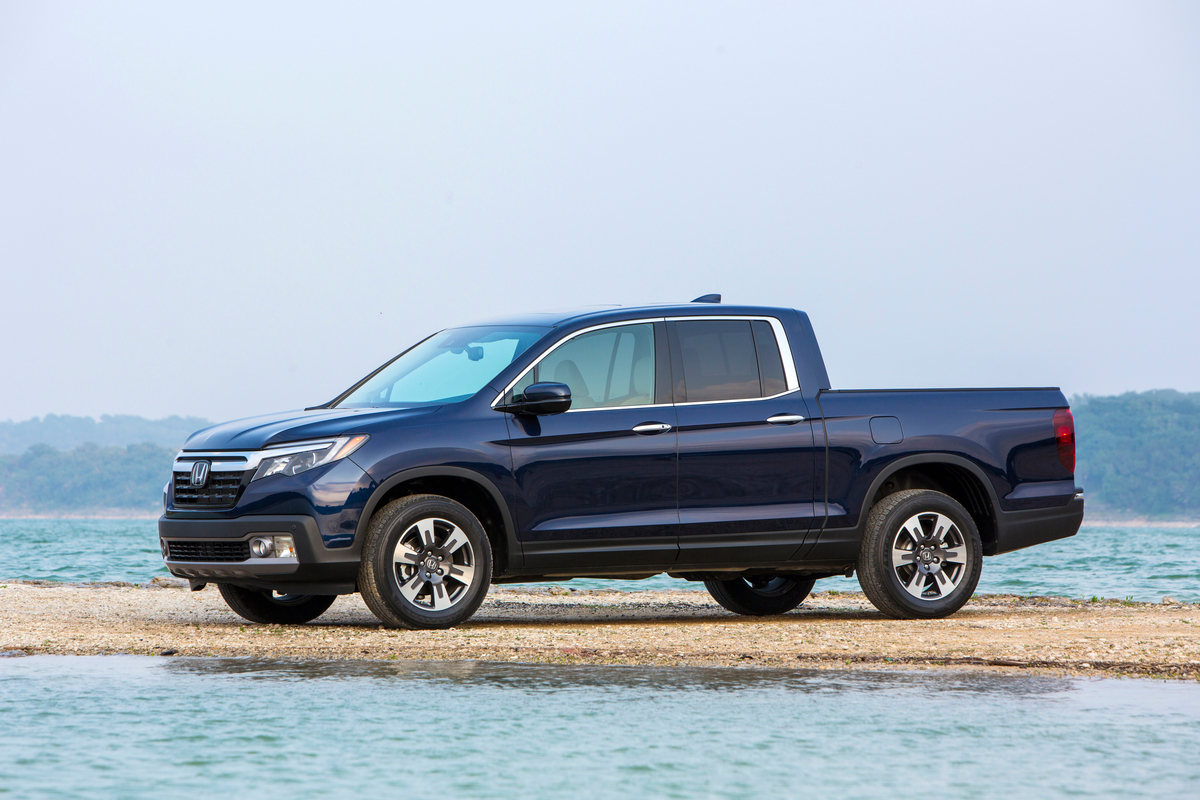 The completely redesigned and reengineered 2017 Honda Ridgeline has been named the 2017 North American Truck of the Year (NATOTY) northamericancaroftheyear.org. Launched in June 2016, the 2017 Ridgeline includes a host of industry-exclusive standard and available features including unibody construction, a Dual Action Tailgate, In-Bed Trunk®, a scratch- and dent-resistant composite truck bed and the world's first Truck Bed Audio System. The 2017 Ridgeline is also the first and only pickup to earn a TOP SAFETY PICK+ rating from the Insurance Institute for Highway Safety, when equipped with available front crash prevention system and LED headlights. It is the second consecutive year for Honda to earn a top honor, with the Honda Civic winning North American Car of the Year honors in 2016. Moreover, this marks Ridgeline's second NACTOY award, the first coming in 2006, when the 2016 Honda Civic also won the 2006 North American Car of the Year.
"This award is a prized validation of the innovations and advantages the Ridgeline offers midsize pickup truck customers and a great recognition of the American development team's work," said John Mendel, Executive Vice President of American Honda Motor Co., Inc. "This is a terrific way to kick off 2017, and we're looking forward to sharing more innovative Honda products in the year ahead."
The North American Truck of the Year Award is given by a group of over 50 members of the North American automotive media and is distinctive because it is not tied to a single publication, radio or television station but determined by an independent group of journalists from the United States and Canada. Presented each year at the opening of the North American International Auto Show (NAIAS) in Detroit, NACTOY recognizes the most outstanding vehicle of the year based on multiple factors including innovation, design, safety performance, handling, driver satisfaction and value.
The Ridgeline is a part of Honda's expanded lineup of innovative light-truck models, including the HR-V crossover, the CR-V and Pilot SUVs and the new 2018 Odyssey minivan that will be revealed later today at NAIAS. Honda light truck sales hit an all-time high of 661,188 units in 2016, up 7 percent over the previous year.
About Honda
Honda offers a full line of reliable, fuel-efficient and fun-to-drive vehicles with advanced safety technologies through approximately 1,000 independent U.S. Honda dealers. The Honda lineup includes the Fit, Civic, Accord and Clarity passenger cars, along with the HR-V, CR-V and Pilot sport/utility vehicles, Ridgeline pickup truck and the Odyssey minivan.
Honda has been producing automobiles in America for more than 30 years and currently operates 19 major manufacturing facilities in North America. In 2015, more than 99 percent of all Honda vehicles sold in the U.S. were made in North America, using domestic and globally sourced parts.