May 18, 2016 – TORRANCE, Calif. Acura has revealed its second generation automated development vehicle in California, a modified version of the RLX Sport... 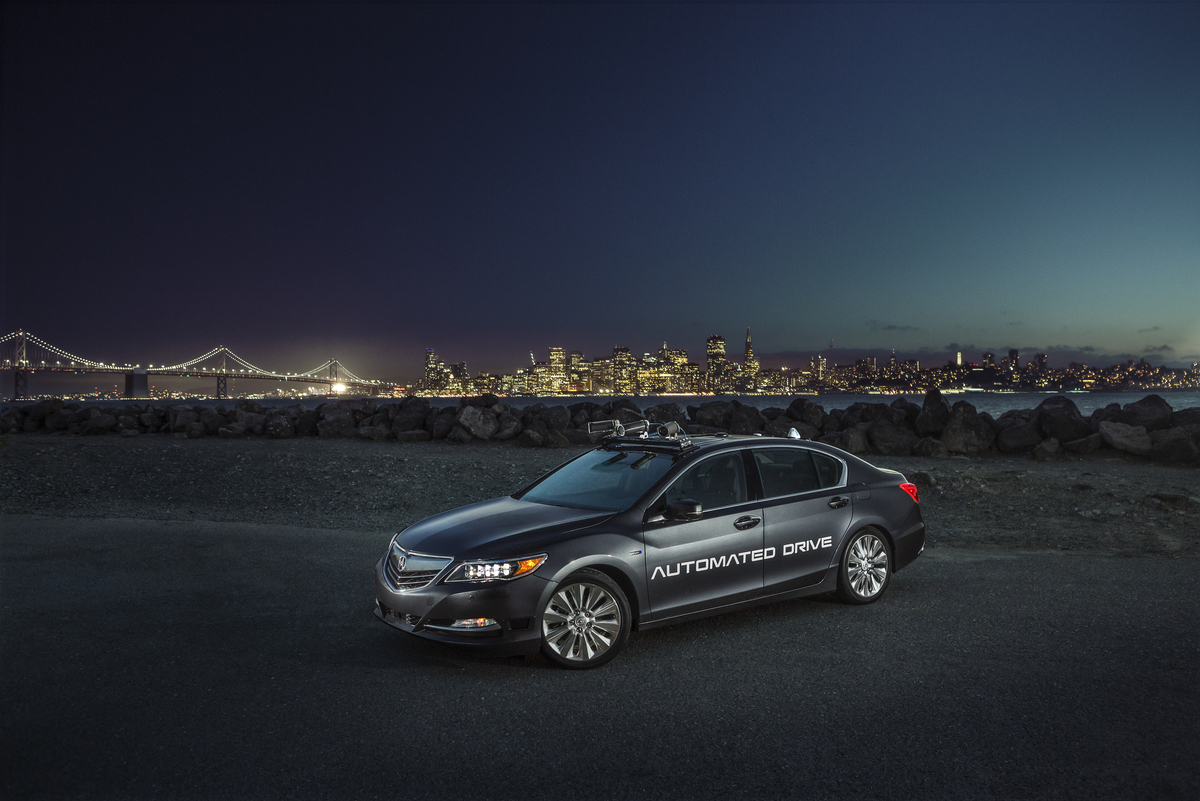 May 18, 2016 - TORRANCE, Calif.
Acura has revealed its second generation automated development vehicle in California, a modified version of the RLX Sport Hybrid SH-AWD™ luxury performance sedan. The RLX has been fitted with a new suite of radar, Lidar, camera and GPS sensors, complemented by higher performance CPUs and GPUs, and improved cabling, heat management and circuitry. These enhancements have been combined with new, more intelligent software algorithms to support more complex testing scenarios.
The development vehicle is designed to achieve high reliability by fusing overlapping information together from various sensors. This concept, known as sensor fusion, allows test engineers to validate information from each signal with a higher degree of accuracy than can be obtained from any one of the sensors independently. For example, the vehicle's radar sensors are adept at detecting the relative position and velocity of off-board objects with pinpoint accuracy, while the camera system is best suited to help detect and identify objects based on size and shape. This same concept is applied in the AcuraWatch™ safety and driver-assistive suite available on all model year 2016 Acura sedans and SUVs.
The vehicle will be tested by Honda Research Institute USA at GoMentum Station, a 5,000-acre automated and connected vehicle proving ground in the San Francisco Bay Area. GoMentum Station contains 20-miles of paved, city-like roadway grids, buildings and other urban infrastructure, providing a realistic environment that will help accelerate the development of automated and connected vehicle technologies. This testing program is aligned with the company's goal to introduce automated driving technologies around 2020.
About Acura Active Safety
Safety performance has been a core element of Acura's commitment to excellence since the brand was founded three decades ago. All model year 2016 Acura sedans and SUVs are available with AcuraWatch™, one of the most advanced suites of safety and driver-assistive technologies in the class. AcuraWatch includes Adaptive Cruise Control, a Lane Keeping Assist System, Road Departure Mitigation and a Collision Mitigation Braking System™ (an AEB technology) with pedestrian-sensing capability.
About Honda Research Institute USA
Honda Research Institute USA (HRI-US) conducts research in the areas of computer and materials science, and develops strategic partnerships with public and private institutions to foster innovation. HRI-US was founded in 2003 and is headquartered in Silicon Valley.
Learn more at http://www.honda-ri.com/HRI_Us/