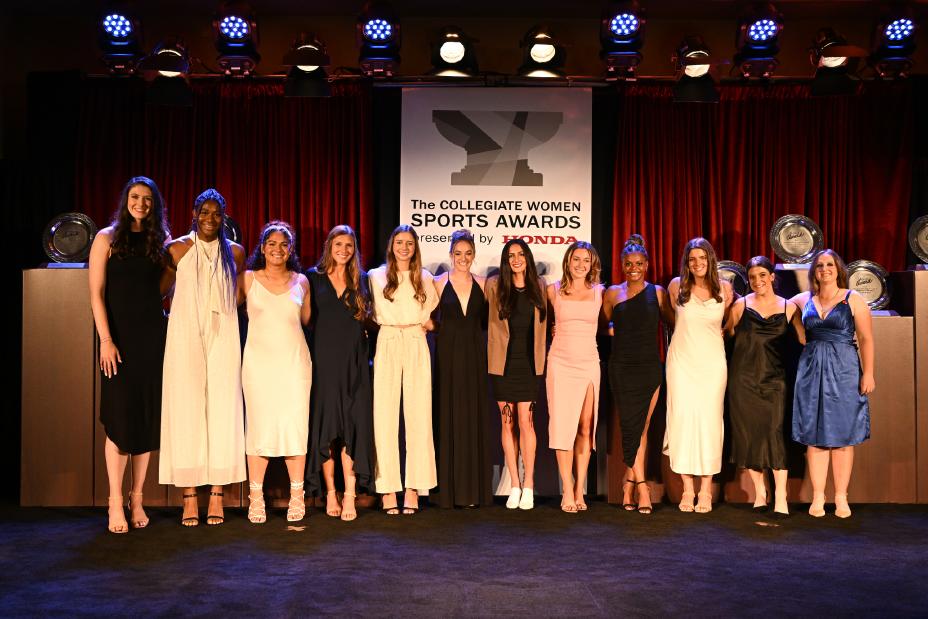 Aliyah Boston (St. Thomas, USVI) of the University of South Carolina was named the Collegiate Woman Athlete of the Year and presented with the prestigious Honda Cup on Monday, June 27 during the 46th anniversary broadcast of the Collegiate Women Sports Awards (CWSA) show presented by Honda on CBS Sports Network. Honda has served as the program's presenting sponsor for 36 years.

Boston is the 16th representative to win the Honda Cup from the sport of basketball which leads all sports sponsored through the program.

Boston was named the 2022 NCAA Most Outstanding Player after leading South Carolina to its second national championship title. Prior to the Championship, she was named the 2022 SEC Player of the Year and is a three-time SEC Defensive Player of the Year. She earned All-SEC First Team honors all three years and is a two-time SEC All-Tournament performer. Her record-setting streak of 27 double-doubles in a row led the conference and nation at the time.

Internationally, she has five gold medals with USA Basketball.

Off the court, Boston is the two-time CoSIDA Women's Basketball Academic All-America of the Year and is majoring in mass communications.

"The Honda Class of 2022 is truly an extraordinary group of women who have achieved notable accomplishments in their sports and in the classrooms across the nation," said Chris Voelz, Executive Director of the Collegiate Women Sports Awards. "We are thrilled to have them join our elite family of the 'best of the best.'

"To Aliyah Boston, this year's Honda Cup winner, we commend and congratulate you on your remarkable achievements which led to your selection as the Cup winner and welcome you to this rare sisterhood, being named the very best female collegiate athlete in the nation."

The CWSA, celebrating its 46th anniversary year, has honored the nation's top NCAA women athletes for their superior athletic skills, leadership, academic excellence and eagerness to participate in community service. Since commencing its partnership in 1986, Honda has provided more than $3.6 million in institutional grants to the universities of the award winners and nominees to support women's athletics programs.

For more than 60 years in the U.S., Honda has been committed to making positive contributions to the communities where its associates live and work. Honda's mission is to create products and services that improve the lives of people while conducting its business in a sustainable manner and fostering a diverse and inclusive workplace. Accordingly, Honda believes in helping people reach their life's potential through its focus on the areas of education, the environment, mobility, traffic safety and community.