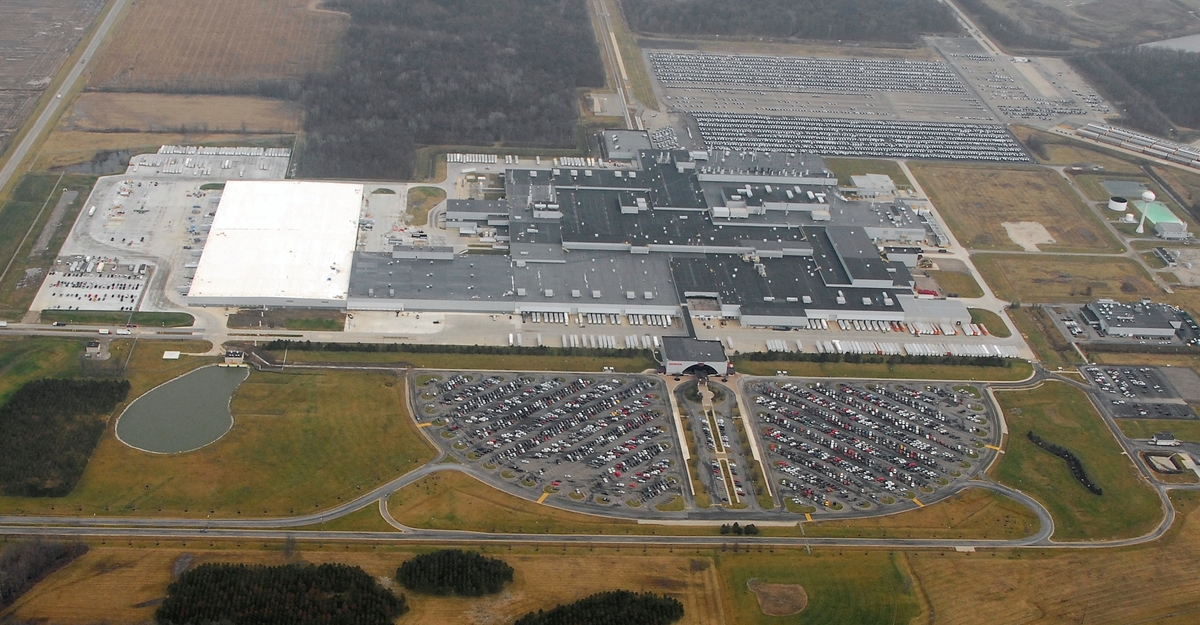 For the 11th consecutive year, two of Honda's Ohio automobile manufacturing plants have earned the U.S. Environmental Protection Agency's (EPA's) ENERGY STAR certification, while Honda Manufacturing of Indiana achieved the designation for the fifth year in a row. In addition to the Marysville and East Liberty auto plants, the new Honda Heritage Center and an American Honda office building in Marysville also received ENERGY STAR certification.
EPA ENERGY STAR certification signifies that the facilities perform in the top 25 percent of similar facilities for energy efficiency and meet strict energy efficiency performance levels set by the EPA. On average, ENERGY STAR certified plants consume 35 percent less energy and contribute 35 percent fewer greenhouse gas emissions than similar non-certified operations.
"We are proud of our manufacturing facilities' efforts to achieve the Energy Star certification again this year," said Joanna Bambeck, Honda North America Environmental Unit Leader. "Honda is constantly looking for ways to improve our operational energy efficiency. Our facilities all contribute new ideas and methods to reduce our energy needs and this culture is ultimately what will ensure our energy sustainability."
After earning 10 consecutive ENERGY STAR certifications, Honda of America Mfg.'s auto assembly plants in Marysville and East Liberty continued to find new and innovative ways to conserve energy in 2016. The 2.8-million square-foot East Liberty plant, which produces the Honda Accord, Civic and CR-V and the Acura TLX sedan and RDX SUV, expanded its use of LED lighting, and ushered two new high-efficiency 1350-ton chillers into service in 2016, helping the plant reduce its CO2emissions by 432 metric tons.
Honda Manufacturing of Indiana, which produces the Honda Civic and CR-V, has been ENERGY STAR certified for each of the last five years. The Greensburg, Indiana plant continued its goal of energy efficiency by modifying its compressed air storage system, allowing for maximum performance of the air compressors.
The new Honda Heritage Center, built in 2015 and home to a museum and Technical Development Center as well as office space, earned its first certification in 2016. The HHC uses a new Building Management System to control HVAC and lighting usage, and also uses carbon-dioxide sensors to control the amount of outside air brought into the facility, reducing the energy needed to cool or heat that air.
ENERGY STAR was introduced by EPA in 1992 as a voluntary, market-based partnership to reduce greenhouse gas emissions through energy efficiency. Since its inception, ENERGY STAR and its partners have helped prevent a total of more than 2.4 billion metric tons of greenhouse gas emissions. In 2015 alone, ENERGY STAR and its partners saved American businesses and consumers 503 billion kilowatt hours and $34 billion dollars on their energy bills, while achieving broad emission reductions.
For more information about ENERGY STAR Certification for Industrial Facilities:  www.energystar.gov/labeledbuildings
About Honda
Honda's Environmental Commitment
Based on its vision of "Blue Skies for our Children," Honda is working to advance technologies that address society's environmental and energy concerns. The company's "Green Path" approach seeks to reduce or eliminate the use of substances of concern (SOCs) and scarce natural resources in the design of its vehicles, significantly reduce the CO2intensity and water use of its manufacturing operations, continue to decrease CO2 emissions from the transportation of vehicles from its plants to dealers, and expand the involvement of U.S. Honda and Acura dealers in its "Green Dealer" program.
In keeping with its commitment to produce vehicles with the lowest CO2 emissions at plants with the smallest environmental footprint, the company is broadly addressing emissions, energy, water use and waste in all phases of its products life cycles. In the manufacturing realm, this includes a 95 percent reduction in waste sent to landfills in North America. Honda is working to extend its "green factory" and "green purchasing" initiatives to its more than 650 parts suppliers in North America and is pursuing more environmentally responsible business practices among its U.S. dealers.
These activities reinforce Honda's goal to voluntarily reduce its total corporate CO2 emissions by 50 percent by the year 2050, compared to 2000 levels. In 2006, Honda was the first auto company to voluntarily and publically commit to global reductions in its CO2 emissions.